Acts of Boyhood Divination: Southern Seas debuts at Aspect/Ratio Gallery during Art EXPO Chicago as a multi part durational kickback and occurance on September 20th, 2019. Developed as a call to play for black queer bodies, the performance expresses a continued meditation on the deviation and disruption, on language and representation, the laborious & the playful. Within the work two beings inspired by Oceanic sea mythologies, and the imaginary creatures of my upbringing in the American South, activate objects created by myself, Norman Teague, and Agnieszka Kulon. Each of the objects acts as a tool for both labor smithing and leisure bringing as the performers exert themselves sexually, each desiring to use the objects beyond its utilitarian function, doing so in order to bring forth ‘An Age of Rest’; a moment of pause, a refrain from the labor induced mediocracy of the American public. Throughout the movement a growing soundscape guides these mythic bodies, delivering hymns for future bodies born of moon rocks; the penetrating vocals of Avery R.Young, in collaboration with the audio engineering of Sadie Woods and the sounds bridging bodies between Earth and sea. 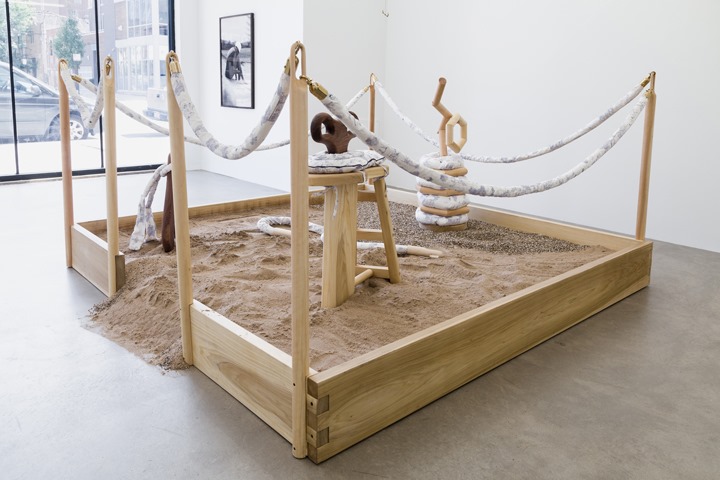