Creative Chicago: The State of Arts and Culture in Chicago

What are some of the emerging ideas and trends within artistic production and cultural programming in the city? How do current practices build on previous legacies of art-making and institution building? What is the power of art-making in addressing some of the critical issues (economic development, social infrastructure, housing, segregation)in the City’s overall development? Join Eric Williams, founder and creative director of The Silver Room, Chloe Johnston, Associate Professor of Theatre and Performance Studies at Lake Forest College, and Lorelei Stewart, Director and Curator of Gallery 400 at UIC and co-founder of Propeller Fund for a free panel discussion. Deana Haggag, President & CEO of United States Artists, will moderate.

Eric Williams is the founder and creative director of The Silver Room, an innovative retail, arts, education and community events space opened in 1997. The Silver Room intersects the worlds of fashion, music and visual art, and acts as a boutique, gallery, and community arts center. Williams is committed to creating spaces and curating events that strengthen communities and fuel positive economic impact.

Chloe Johnston is a writer, performer, and director based in Chicago. She has worked with theatres throughout the city, and is a long-time ensemble member of the Neo-Futurists. With Coya Paz, she is the co-author of Ensemble-Made Chicago: A Guide to Devised Theater, which profiles 15 theatre companies from around Chicago. She is an associate professor of theatre and performance studies at Lake Forest College and holds a PhD in performance studies from Northwestern University.

Lorelei Stewart has been Director and Curator of Gallery 400 at UIC since 2000. Her work focuses on the vital role art plays in shaping civic conversations, ideas, and ultimately actions. Two exhibitions she has produced have won prestigious Joyce Awards, Edgar Arceneaux: The Alchemy of Comedy…Stupid in 2006 and Adela Goldbard: The Last Judgment/El Juicio Final, on view this fall. She teaches in UIC’s Museum and Exhibition Studies program and co-founded Propeller Fund, which, since 2010, has awarded Chicago artists nearly half a million dollars.

Deana Haggag is the President & CEO of United States Artists, a national arts funding organization based in Chicago. Before joining USA in February 2017, she was the Executive Director of The Contemporary, a nomadic and non-collecting art museum in Baltimore, MD for four years. She received her MFA in Curatorial Practice from the Maryland Institute College of Art and a BA from Rutgers University in Art History and Philosophy.

Creative Chicago is FREE and OPEN TO THE PUBLIC!

SCHEDULE
Panel 1: The State of Arts and Culture in Chicago
12PM-1:30PM

In 2018 as part of the Terra Foundation’s initiative Art Design Chicago and under the banner of Creative Chicago, CHF convened artists from across the city for a six-hour conversation about Chicago-style creativity, past, present and future. To kick off Chicago’s fall cultural season, CHF returns to Creative Chicago, picking up on its key question: ‘What does Chicago need?’ through a set of conversations, digital polling and interactive experiences designed to elicit ideas about how our city’s residents, cultural institutions and artistic legacies/collections can work to develop empathy, friendship and connection across its citizens.

The Richard Gray Program recognizes a significant gift from founding CHF board member Richard Gray. This program is presented with the generous support of the Terra Foundation for American Art, and in partnership with The Joyce Foundation, Lake Forest College, and Metropolitan Planning Council. 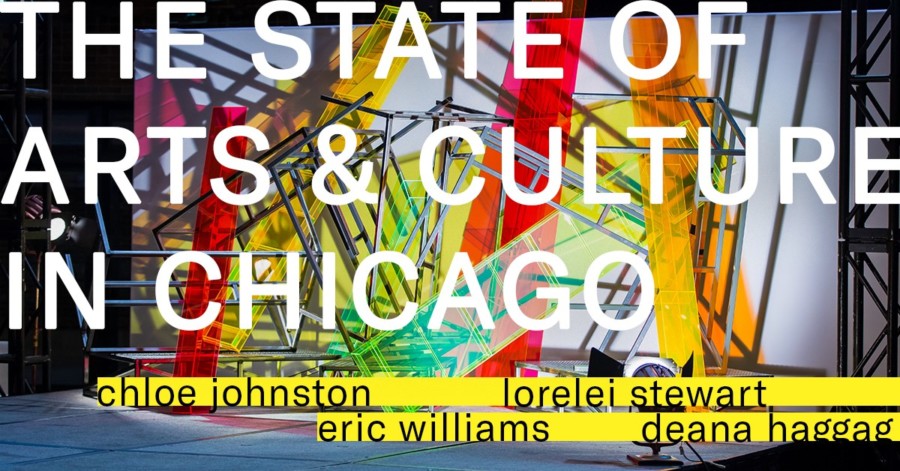