What does an arts-driven city look like, and how can citizens, artists and cultural institutions play a role in fostering this future? What everyday practices and city-wide policies are required to both sustain artistic activity and ensure equitable access to the arts across Chicago? Join Meida McNeal, Director of Honey Pot Performance, Tempestt Hazel Director of Sixty Inches From Center, and Todd Palmer of Chicago Architecture Biennial, for a free panel discussion. Tracie D. Hall, Director of Culture Program at The Joyce Foundation, will moderate.

Meida Teresa McNeal is an Independent Artist, Educator, Administrator, and Scholar whose work lay at the intersection of performance studies, dance and critical ethnography. She works with the Chicago Park District as Arts & Culture Manager and is also the Director of Honey Pot Performance, an Afro-feminist collective dedicated to critical performance & public humanities. She is currently working on ways of knowing (2019), a performance and media project exploring systems of knowledge production and The Chicago Black Social Culture Map.

Tempestt Hazel is a curator, writer, artist advocate, and co-founder of Sixty Inches From Center, a Chicago-based online arts publication and archiving initiative. She is also the Arts Program Officer at the Field Foundation. Over the years she has been an arts administrator, curator, and program director with Chicago’s Department of Cultural Affairs and Special Events (DCASE), Chicago Artists Coalition, and Arts + Public Life at the University of Chicago, among others.

Todd Palmer has over 20 years of experience in conceptualizing and orchestrating interventions that define public space. His work has yielded a number of viable, sustainable and resilient institutional platforms that serve the greater “public conscience” and bring cultures and topics at the margins to mainstream public attention. Palmer’s transdisciplinary work and collaborations have been profiled in a variety of outlets including The New York Times, ArtNews, Domus and ID.

Tracie D. Hall is the Director of Culture Program at The Joyce Foundation. Before her Joyce Foundation appointment, Tracie was most recently Deputy Commissioner of the Department of Cultural Affairs and Special Events (DCASE) for the City of Chicago where she oversaw the Arts and Creative Industries Division which included the Visual Arts, Performing Arts, Music Industry, and Farmers Market programs, as well as the Chicago Film Office, Chicago Artists Month and Lake FX Summit and Expo. 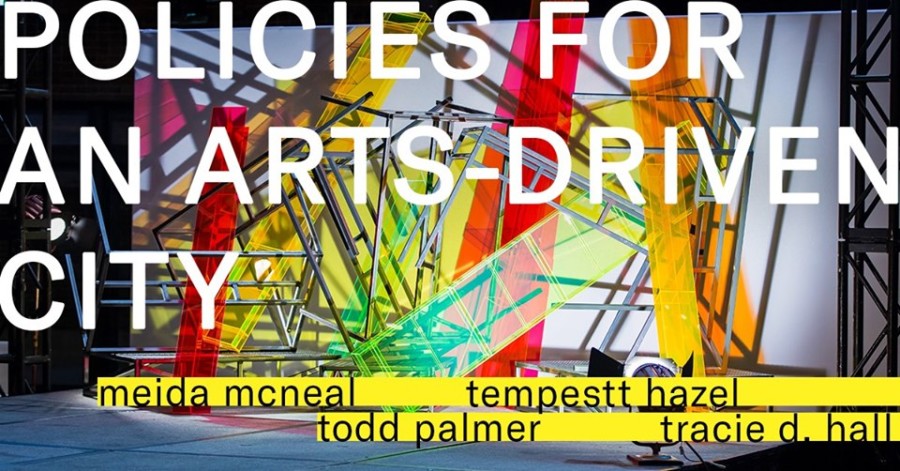