On view through Friday, October 18th

Come September, the lights of venerable Navy Pier will be burning bright, when the annual EXPO Chicago runs there from Thursday the 19th through Sunday the 22nd. Sure, it’s a big international exhibit that everyone wants to attend – but the parking around Navy Pier is hellish, and frankly, it’s a bit of a tourist trap over there. That’s no way to get your art on! Why not go to CANADA instead? CANADA gallery, that is – in a once-a-millennium popup appearance at the Soccer Club Club, kicking off on September 20th (TIMES) with beer on tap and what might be characterized as a “jam.” Art meets music on the semi-mean streets of Chicago’s west side at “Canada b/w Drag City” – the best matchup since you got YOUR chocolate in OUR peanut butter!

It’s a wonder it hasn’t happened already. The iconoclasts at CANADA do it their way, with their own tribe of talents that, for better or worse, do for art what SCC’s next-door neighbors/alter-egos, the freaks of Drag City do for music. For this exhibit, curator Dan Nadel has brought a generous slice of the Canada pie from their Manhattan hideaway, featuring a brace of their veteran names and a few up-and-comers: Katherine Bernhardt, Katherine Bradford, Joe Bradley, Sarah Braman, Matt Connors, Jason Fox, Daniel Hesidence, Marc Hundley, Xylor Jane, Elisabeth Kley, Sadie Laska, Lily Ludlow, Michael Mahalchick, Luke Murphy, Scott Reeder, Tyson Reeder and Wallace Whitney. It’s a meeting of post-DIY, quasi-socialist mindsets wherein no organization is more than the sum of the work of its artists – clearly a priority for both CANADA and Drag City in their short-but-impact-filled lifetimes. As the show’s title hints, there are music undercurrents in the art being showed – but as rules were made to broken, this isn’t a hardline stance. More like a soft slide into the wonders of the visual. Mostly, it’s about the freedom of expression that we extend to our esteemed peers when we know and trust that whatever they dare to do, it will have a place in the world – with us! So come on out and don’t bring your guns – this is just a humble little knife fight. Plus, the parking’s cheap! 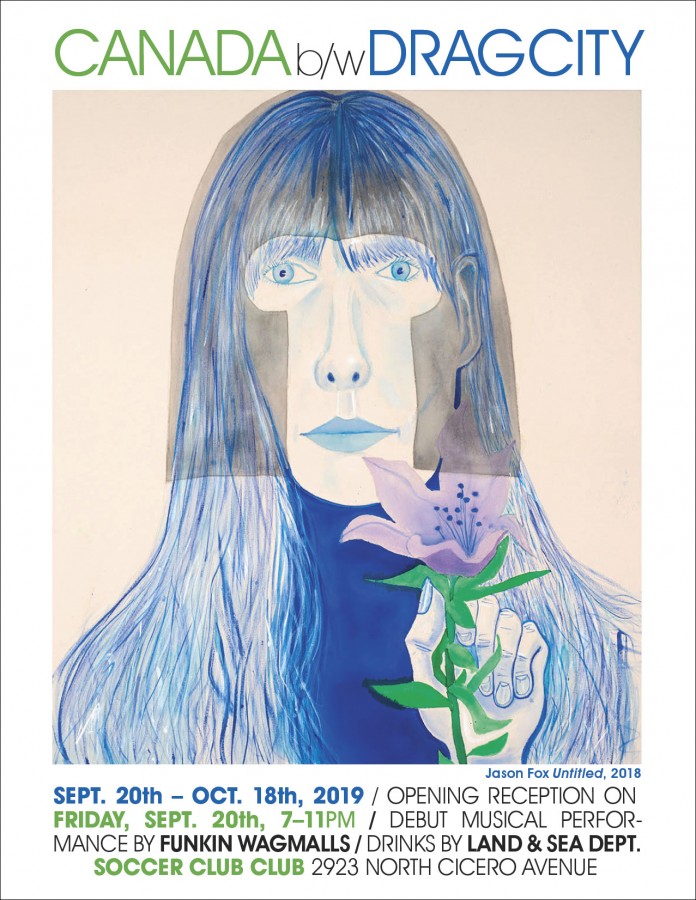