BARELY FAIR is a miniature art fair hosted by Julius Caesar, fall 2019. The fair presents a tiny peek inside the programming of two dozen contemporary art galleries, project spaces, and curatorial projects during “Art Week” in Chicago. Included spaces will exhibit works in 1:12 scale booths built to mimic the design of a standard fair.

BARELY FAIR will open with a vernissage on September 20th, 2019. The fair will run with daily hours through the weekend, and be open for weekly gallery hours and by appointment through October 20th.

Julius Caesar is an artist-run project space established in 2008. An ever-evolving group of artists acts as co-directors and at present is Josh Dihle, Tony Lewis, Roland Miller, and Kate Sierzputowski. 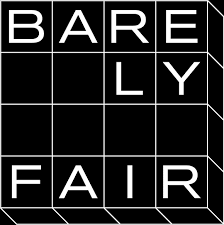