Animal communication is a relatively new field of study, aimed at translating the behavior of animals to a language per se—thus allowing humans to predict and more deeply understand the motives and affective lives of non-human species. This has been applied not only to animals in their natural habitats, i.e. in the wild, but also to domesticated animals living alongside humans. Some fringe practitioners in the field have postulated that the modus of such communication takes place telepathically and at least partially on a plane of “pure consciousness” that can be accessed through concentration qua meditative focus, and further, that such communication can take place even after the animal spirit has left its corporeal form. Fascinated by the growing literature on the subject, Adrian Wong has pushed the boundaries of what is possible through the methods of animal communicators—from a wide range of schools, and spiritual and cultural backgrounds—to create the works assembled in Crossing The Rainbow Bridge.

For Dream Cosmography a cat, a dog, three hamsters, and two rabbits offered up their dream journals for analysis, presented here as a meditation on the origins of space and time. Telepathically Designed Bespoke Rabbit Warren II is an architectural form in glass and steel, built to the specifications of Ernesto, a Silver Marten rabbit, under the supervision of a structural engineer. The Violet Ray is a light and sound installation generated from a mediated conversation with Omar, the artist’s recently deceased Holland Lop rabbit. And The House that Snoopy Built is a kitty condo designed by Snoopy, a piebald cat, purportedly reincarnated as Omar—transmitted from across the Rainbow Bridge. In the screening room, Three-Legged Dog will be screened, featuring a mediated reading of communications from George, a three-legged dog.

Works on view were produced in consultation with the Institute for Animal Communication, Thomas Cheng, Lynn Schuster, and Isabelle Yu. 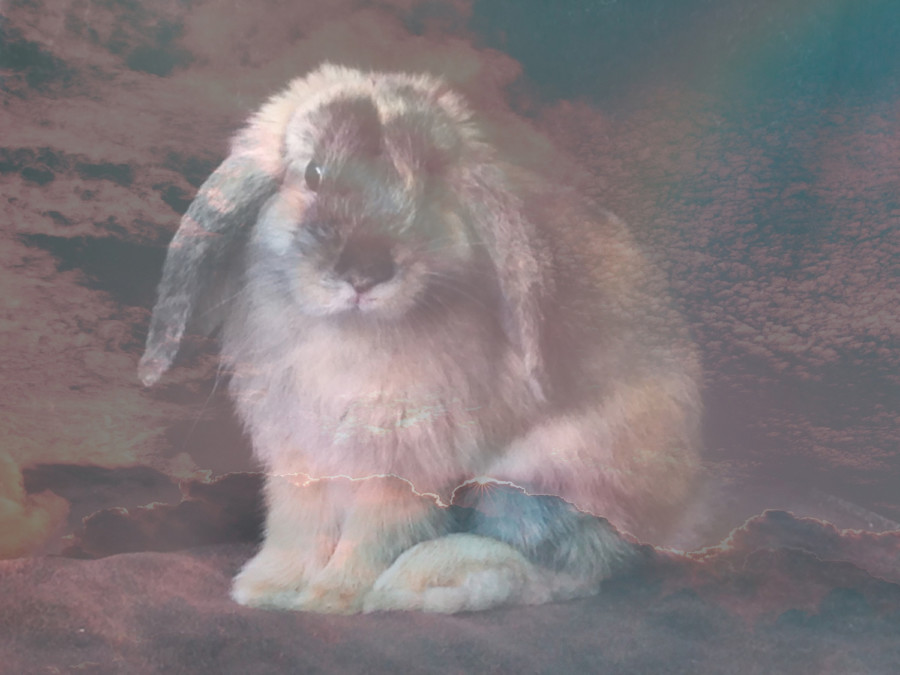