A World Half-Consumed in the Heat of Its Own Desire

A World Half-Consumed in the Heat of Its Own Desire is a 16mm-film program that includes four independently produced films from 1960s: Jack Smith’s “No President,” Ron Rice’s “Chumlum,” José Rodríguez-Soltero’s “Jerovi,” and Mike Kuchar’s “Green Desire.”

Jack Smith’s “No President” (1967, 45 min) is a descendent of the film performance “Kidnapping and Auctioning of Wendell Willkie by the Love Bandit,” which Jack Smith premiered at The Gate Theater from March 27 to April 9, 1968. “No President” contains segments from Wendell Willkie’s presidential campaign footage interwoven with scenes of Jack Smith’s creatures, from his previous shorts. This feature-length film was made as a political response to the 1968 presidential election, which saw the Republican nominee, former Vice President Richard Nixon, defeat the Democratic nominee, incumbent Vice President Hubert Humphrey. Jack Smith (1932-1989) was a self-taught artist who was recognized by theater critic Richard Foreman as “the hidden source of…experimental American theater.”

Ron Rice’s “Chumlum” (1964, 26 min) originally screened at The Gate Theater’s Classics of the Underground program in December 1967. Strongly influenced by Jack Smith’s evocative performances, “Chumlum” includes most of the cast from Jack Smith’s film “Normal Love.” Set mostly around a suspended hammock in Ron Rice’s loft, the filmmaker’s direct in-camera editing presents a supersaturated alternative reality of luscious colors and textures, sensual actors, and trance-inducing sounds. P. Adams Sitney described it as “a reverie in which time is stretched or folded over itself.” This film is titled after the cimbalom instrument played throughout the soundtrack by Angus McLise.

A World Half-Consumed in the Heat of Its Own Desire is part of THE GATE THEATER FILM FESTIVAL 1966/2019, a week-long, 16mm-film festival that is taking place Tuesday, September 24, through Monday, September 30, from 7 to 9 pm at filmfront. 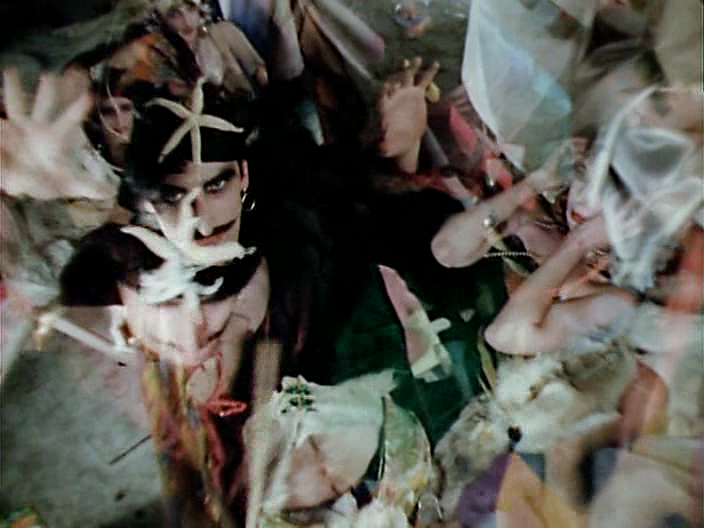