On view through Sunday, March 15th

Weather permitting, this event is outside and in front of the mural and wheelchair accessible. The event will be moved indoor to the lower patio, in the case of rain.

Through the Harrison and Froebel school walk outs and incited activism between 1968 and 1974, mothers, students and community organizers fought to establish Benito Juárez High School in 1977. The 1979 mural A la esperanza designed and painted at Benito Juárez High School came out of that struggle and still exists 40 years later. Designed by Malú Ortega and Jimmy Longoria, assisted by artists Salvador Vega, Marcos Raya, and Oscar Moya, A la esperanza was a project by Casa Aztlán and selected by the community to be painted outside of Benito Juárez in the summer of 1979.

We are excited to invite you to the 40th anniversary celebration of the A la esperanza mural outside of Benito Juarez Community Academy’s Athletic Center on Laflin and 21st St!

Join us for student led mariachi and drum line performances, a few words by Teresa Fraga, lead organizer for the creation of Benito Juarez school, and Malú Ortega, co-designer of A la esperanza mural, addressing the creation of the school and the mural 40 years later, printmaking with Paulina Camacho, artist and former visual arts teacher at BJCA, comic book in-progress viewing, and an unveiling of a commemorative plaque honoring all the artists who participated in the creation of this public art project.

Light refreshments will be provided thanks to BJCA Culinary Program.

Weather permitting, this event is outside and in front of the mural and wheelchair accessible.

Students are developing a comic book honoring the history of the A la esperanza mural, please consider donating to this fundraiser for the completion of this project here.

This public program is in collaboration with Benito Juarez Community Academy and National Museum of Mexican Art. Check out the 40 años a la esperanza exhibition honoring the 40th anniversary of the A la esperanza mural at the NMMA open from August 16, 2019 to March 15, 2020. 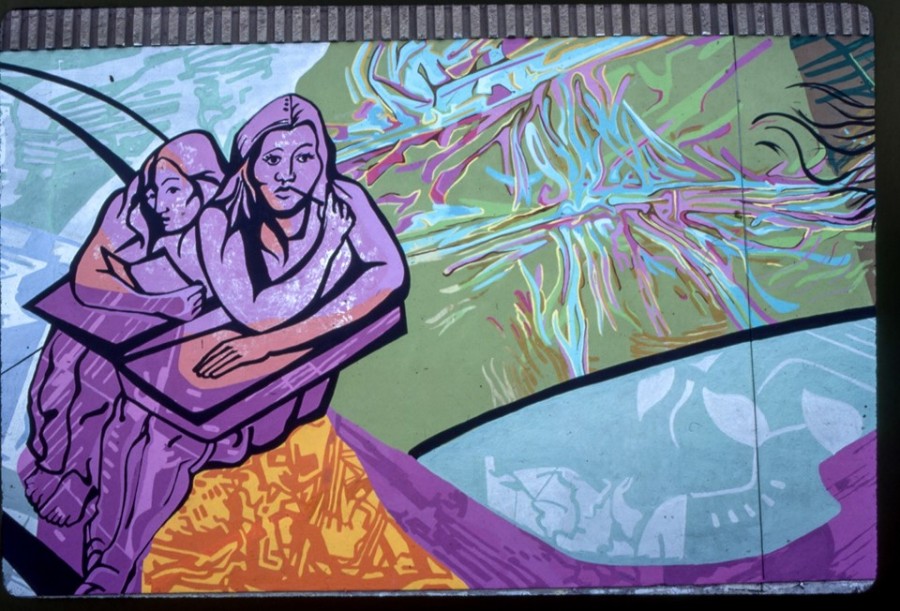