The End of the Nightstick: BPP Film Program

We Want An Immediate End To Police Brutality And Murder Of Black People.

Arts Bank Cinema is proud to present the BPP Ten Point Program Film Series, hosted the first Saturday of each month in partnership with members of the IL Chapter of the Black Panther Party. Each month’s program will use cinema and dialogue to explore one point of the Black Panther Party’s ten point platform. Facilitated community discussions centering activism, resistance, and the ongoing struggle will be held following the films. For August, we explore point seven, about police brutality, through the following titles:

Riot-Control Weapons (Newsreel #9) 6m A visual presentation of some of the weapons that the police were using in uprisings around the country in the late 60s.

The End of the Nightstick 1994 45m This startling expose unravels a history of abuse of suspects by the Chicago police. For more than a decade, the press and authorities turned a blind eye to allegations of torture — including the use of electric shocks — until persistent grass roots organizations exerted enough pressure to prompt an official investigation, and eventually the dismissal of a ranking police commander, Jon Burge.

This program will also feature a short film made by Project Increase, a south side youth organization whose mission is to destroy poverty through education and opportunity. 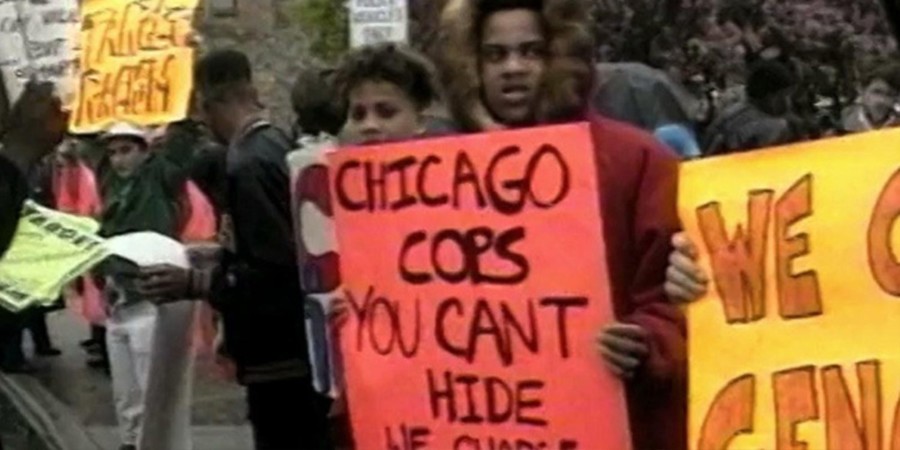