For the closing of Stevie Hanley’s exhibition, GHOST SEX, Trent Clark creates an electronic music performance and installation, CHANNELS. CHANNELS comprises four multi-channel electronic compositions with fixed and improvised elements, and derives partial inspiration from Hanley’s topologies of time and space in GHOST SEX. With speakers placed throughout the space, it additionally responds to the interior architecture of M. LeBlanc gallery, creating a sonic experience that evolves in both time and space.

The exhibitions take up the outdated and largely forgotten sexological term, “invert”, as their creative impetus. “Sexual inversion” was a term used by psychoanalysts and sexologists of the late 19th and early 20th centuries to explain sexual and gender “deviation”. Scientific beliefs of the time held that sexual minorities possessed the inverted soul of their assigned sex at birth, resulting in sexual and gender differences. At the time, homosexual and transgender people were largely conflated. Homosexuality was considered a third gender or sex.

While this outmoded term is messy and problematic, it is also ripe with philosophical, spiritual, and aesthetic possibilities. The notion of inversion, both sexual and beyond, has served as creative provocation for a series of new works: Hospital for Sick Witches, Psychic Plumbing, Pregnant Humanoids Passing Through a Rip in Space Time, Care Bear Police, Celestial Beings of Janitorial Divinity, a series of inverted stain glass windows, and a large scale transparent sculpture, Swinging Doors (Hospital, Clowns, Ghost). 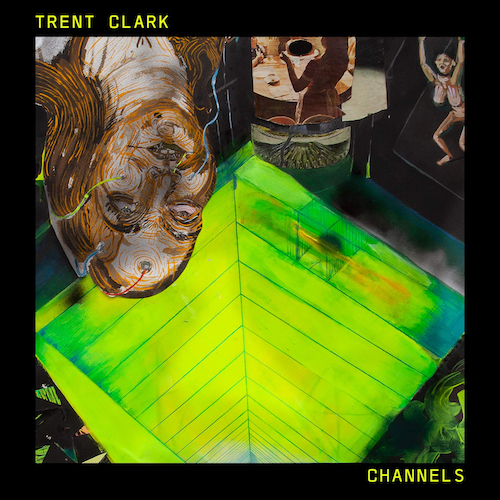