How do you find stories to write about? How do you turn a vague idea into a pitch? In this workshop, you’ll get a step-by-step introduction to pitching journalism, from coming up with a strong idea to identifying appropriate outlets to emailing editors. You’ll also learn strategies for negotiating rates and networking.

Kim Bellware is a reporter, investigator and connector. She’s interested in pulling stories closer to the audience by framing them in familiar, accessible ways so that topics like criminal justice, politics and local government are relevant and responsive to the communities most affected by these policies. Her favorite stories, at their core, take a sharp but human look at where power lies (and doesn’t) and how those outcomes affect the way we live. She’s a 2019 Reporter in Residence at City Bureau and a freelance reporter covering a range of topics. Her work has appeared in The New York Times, The Atlantic, Rolling Stone, BuzzFeed, Chicago Magazine and other outlets.

Since its founding in 2013, the South Side Weekly has been a teaching paper that offers people with varying levels of experience the opportunity to produce journalism and learn new skills.

We are deepening our commitment to this work with a new regular workshop series offering hands-on sessions in journalism basics. Workshops are taught by Weekly editors or by guest professional journalists, and are always free and open to the public.

Workshop attendees will learn about opportunities to use their new skills to produce work for the Weekly or other outlets in the Chicago area.

This series is made possible by the generous support of PEN America, a nonprofit organization supporting press freedom worldwide. Learn more at http://pen.org 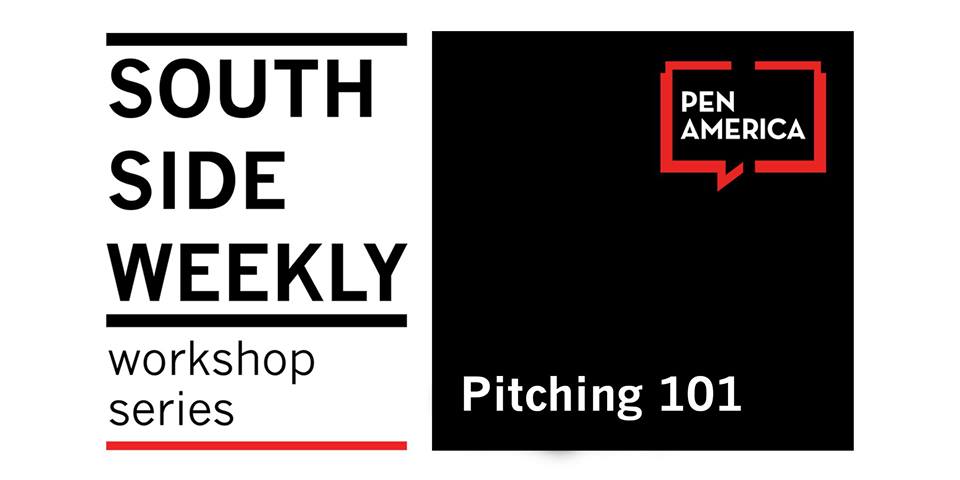