On view through Saturday, September 14th

A five-channel video installation that makes visible the lives of individuals killed by Chicago Police. These stories, generated from interviews with families and close friends, invite viewers to experience those killed not as cases or statistics or sensational media stories, but as human beings who made unique contributions to the lives of others; who are loved and missed. Present Absence uses multichannel storytelling to conjure their living presence as relational continuities rather than unitary, static entities.

Salome Chasnoff is a filmmaker and installation artist who is inspired by the enlightening, humanizing and healing capacities of storytelling. For 3 decades, she has maintained a collaborative social practice and exhibition career embracing and interrogating the indivisibility of the making of art and the making of relationship. Her installations aspire to create sacred spaces for community healing. Her work has shown across the US and internationally in film festivals, galleries, and museums including Prague’s DOX Centre for Contemporary Art, National Museum of Women in the Arts, Slamdance Film Festival, Creative Time’s Democracy in America, Chicago Humanities Festival and the United Nations. Chasnoff is a Purpose Prize Fellow and the recipient of a Women’s eNews Ida B. Wells Bravery in Journalism and “21 Leaders for the 21st Century” Awards, Chicago Foundation for Women Impact Award and the Illinois Humanities Council Towner Award. She teaches at SAIC in Art Education.

*****
Still image of interview with Gloria Pinex, mother of Darius Pinex, from Present Absence by Salome Chasnoff and Meredith Zielke 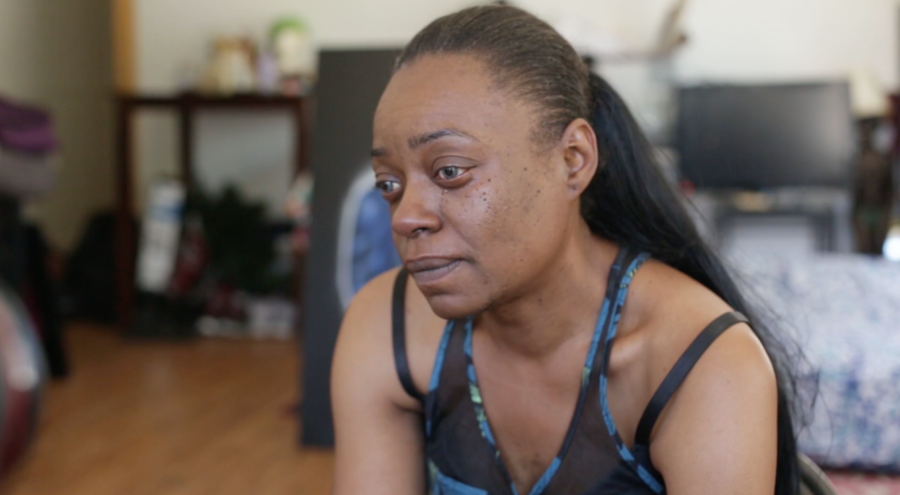