Robert Deyber: Seal With A Kiss

On view through Friday, August 30th

Martin Lawrence Galleries (MLG) Schaumburg, Il is proud to announce its partnership with Bisous for Léo (Kisses for Léo) an ancillary arm of the INADCure Foundation.

Martin Lawrence Galleries (MLG) is proud to announce its partnership with Bisous for Léo (Kisses for Leo) an ancillary arm of the INADCure Foundation, which strives to eradicate Infantile Neuroaxonal Dystrophy (INAD). This partnership is the latest in MLG’s continuing philanthropic efforts to use art to impact those in need positively.

A limited-edition lithograph, “Seal With A Kiss,” from renowned artist Robert Deyber, will be offered for sale with a significant portion of proceeds going to benefit Bisous for Léo. This work and never-before-seen original paintings and limited editions will be on view beginning August 24th with a reception at the MLG’s Schaumburg location at the Woodfield Mall. Robert Deyber will be present during the event to hand-sign each work. https://martinlawrence.com/pages/every-kiss-counts

ABOUT BISOUS FOR LEÓ
Léo’s parents founded Bisous for Léo after learning of their son’s diagnosis with Infantile Neuroaxonal Dystrophy at just two-years-old. INAD is a rare genetic neurodegenerative disease often referred to as “Parkinson’s mixed with Alzheimer’s affecting kids.” Bisous for Léo is seeking to raise an initial $500,000 to fund research and development in gene therapy. The need for funding is urgent, as the progression of INAD is rapid after the onset of symptoms. For more information, visit BisousForLeo.org.

ABOUT ROBERT DEYBER
Robert Deyber is an American artist who was born and raised in Greenwich, Connecticut. He began drawing at an early age. Deyber’s artistic roots hail from the Surrealist movement; he counts Salvador Dalí, René Magritte, Henri Rousseau, Henri Matisse, Marc Chagall, and Andy Warhol among his primary influences. Deyber’s artwork is ripe with surprise and humor. Each painting a visual rendering of a clever turn on a common phrase.

“SEAL WITH A KISS” offers art lovers a unique opportunity to enjoy the brilliance of Robert Deyber — his influences, his vision and the techniques he utilizes — while also supporting an extremely worthwhile cause.

MLG is the publisher of fine art prints and sculpture and is also the home to modern and contemporary masters like Picasso, Chagall, Warhol, Calder, Magritte, Basquiat, and Murakami. We are incredibly proud to have lent and exhibited over 200 masterworks, created by more than 30 different artists, to 30+ world-class museums around the globe including the Louvre, the Pompidou, the Metropolitan, the Whitney, the National Gallery, the Tate and the Hermitage-where we are the sole sponsor of the first-ever exhibition of the work of Erté, the father of art deco and we proudly publish works by artists including Kondakova, Hallam, Bertho, Fressinier, Lalonde, and Deyber. For more information visit martinlawrence.com 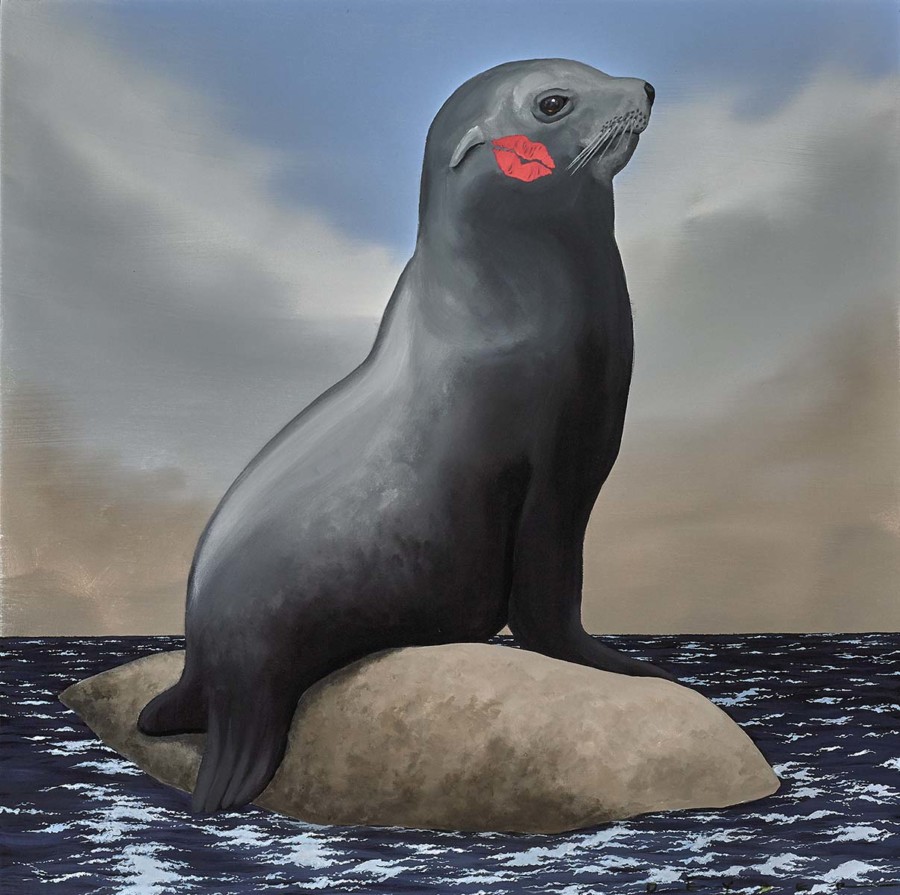