The show will be held on Wednesday August 7 at the National Cambodian Heritage Museum. The show starts at 7:30pm.

$5 suggested donation, but we won’t turn anyone away.

Who is coming to tell at this show? We have a fantastic lineup that includes:

Most are not performers, but they have important stories to share: stories with experiences that express the diversity within the queer Asian community.

Speaking Truths Series seeks to bring performance art to community spaces. This show is open to and inclusive of people of all identities, backgrounds, and experiences. 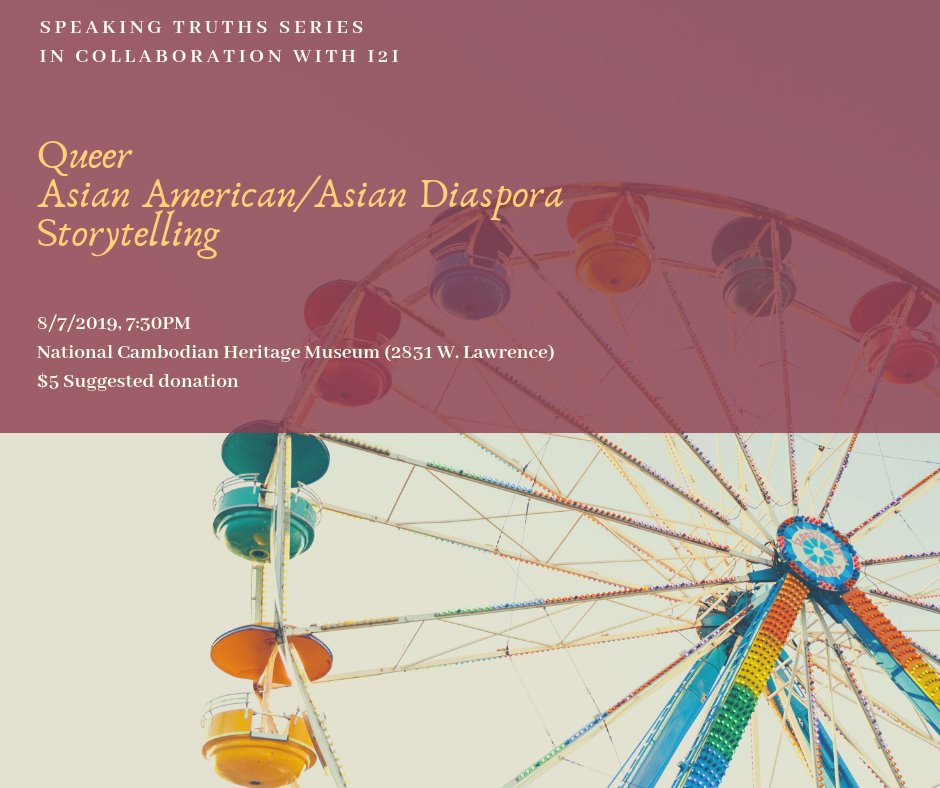