Psychogeographies is an interdisciplinary night of programming exploring performative embodiment and the production of social space.

***
Updating the Situationist’s eponymous concept, Psychogeographies asks its artists to consider how urban and virtual space ought to be reimagined against a backdrop of market driven surveillance technologies.

With the advent of algorithmic feedback loops and corporate touted Smartness, the divide between digital and material is increasingly tenuous.

Urban space
—synchronized, mundane, and extractive—
has become another method of capture.
Caught in the interplay of communicative surfaces,
we move and labor within a captive landscape.

Psychogeography affords a conception of embodied space that moves towards a disassembling of the social.

Space is performed– it does not pre-exist.

One creates a psychogeographic map by
abstracting the given,
subverting its currents,
eroding fixed points and hierarchical vortexes.

This project is made possible by the generosity of the Graduate Dean’s Office at the School of the Art Institute of Chicago and the Video Data Bank. 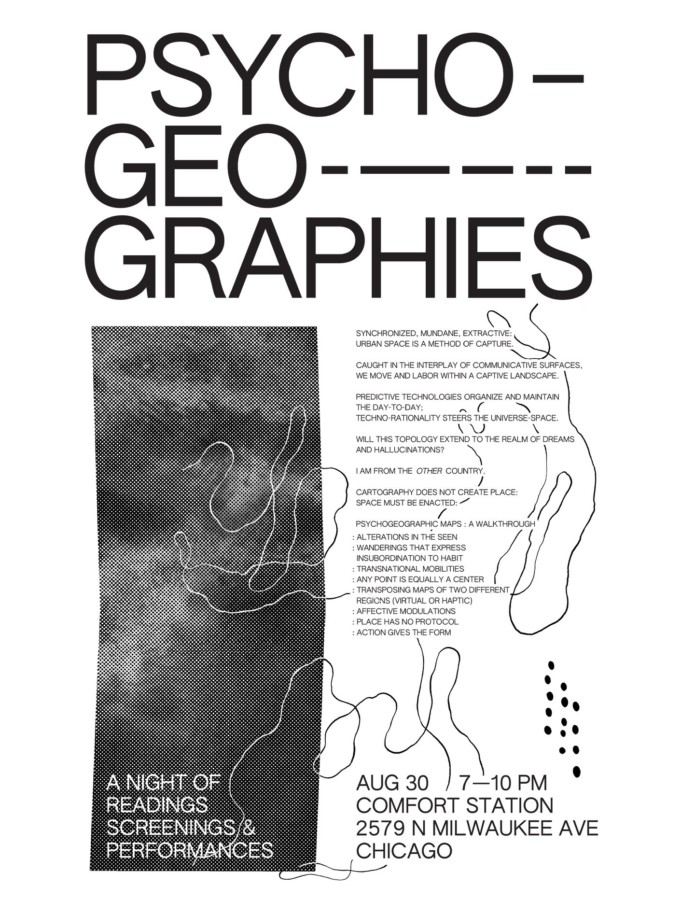