Chicagoans Imelda Marcos (of NONZOO fame) also enter the fray, and Matt Mehlan will present songs on his shtar, a custom-made instrument, rounding out a bill that is sure to be equal parts weird and heavy.

And local legend Matt Mehlan will be closing off the night !

“Miami’s Period Bomb brims over with sound and fury, and with a purpose. The group, led by Cam Alvarez, is as much a multimedia project as it is a band that teeters on the edge between post-punk and hardcore. They use every part of whatever medium they’re working in—whether it’s audio recordings, videos or live performance—to critique and tear away at a culture that wants to exert control over your body and dictate your way of thinking. On first listen, the results can be disorienting (in a good way), but once you understand that they’re trying to convey a complete experience, the ideas snap into focus.” – Nashville Scene

Marrying the unlikely partners of techno-horror guitar and tribal drumming into one glorious union, Imelda Marcos is an instrumental two-piece that crafts math-inspired noise.

Matt Mehlan is an artist and producer based in Chicago. An active figure in underground music in New York City for a decade, Matt leads the band Skeletons, the multimedia project Uumans, and runs the record label Shinkoyo. He was a co-founder of the original Silent Barn, a member of the 19 piece supergroup Congotronics Vs Rockers (with Deerhoof, Konono No 1, Juana Molina, Kasai Allstars), and has produced, recorded, mixed, and/or mastered releases by Zeena Parkins, Janka Nabay, Anthony Braxton, Joe McPhee, Jobs, Amirtha Kidambi, IE, Nine 11 Thesaurus, The Fly Girlz, and The Wet Ink Ensemble, among others. Matt has performed around the world and released music on Shinkoyo, Ghostly International, Tomlab, Crammed Discs, The Social Registry, Sockets, and Altin Village and Mine. 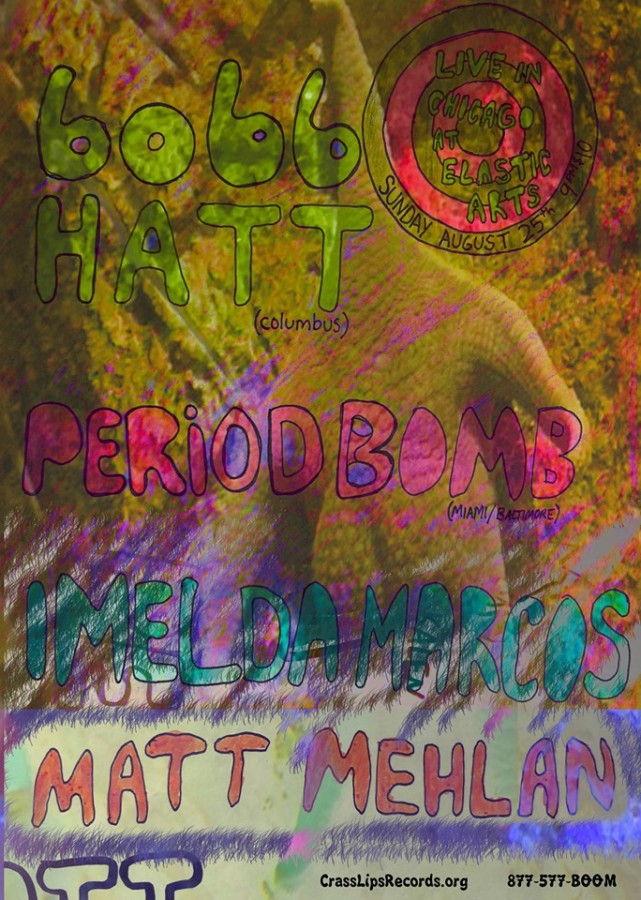