Never Had a Jumpshot, Never Had Plan

On view through Tuesday, September 17th

My work centers on social and cultural identity in the United States tied together by self-portraiture and narrative. During an attempt to make sense of race and visual representation for my five-year-old daughter, Indigo, I began to see similarities between her anthropomorphic cartoons and the origin of racial constructs in America, particularly in Black Americans.

Anthropomorphized animals and inanimate objects in traditional stories or Disney movies are relatable to children. One of the main purposes of these stories is to help children differentiate between what is perceived to be “good” and “evil” in this world, therefore leading to a biased understanding of race. My work uses satire and visual riposte to challenge the ambiguity of the black construct as both an object and racial classification. I use shadows, video, paper, velcro, and sculpted wooden objects to find humor in the inaccuracies and indecisiveness of racial classifications of Black Americans and the achromatic color they both share.

James Williams II is a curator and interdisciplinary artist whose work encompasses painting, sculpture and photography. His works center on topics of social and cultural identity in the United States tied together by self-portraiture and narration. His most recent project was curating the show, Whatchamacallit. The exhibition, accompanied with a publication, focused on superimposed identities and the growing obsession over them. Williams is the recipient of the MFA Joan Mitchell Foundation award, the Bromo Seltzer Fellowship, and served as artist-in-residence at School 33 in Baltimore, Maryland. Williams, originally from Upstate New York, received his master’s degree from the Mount Royal School of Art at Maryland Institute College Art (MICA). He currently teaches at MICA and serves as Program Director at Hamiltonian Artists in Washington, D.C. 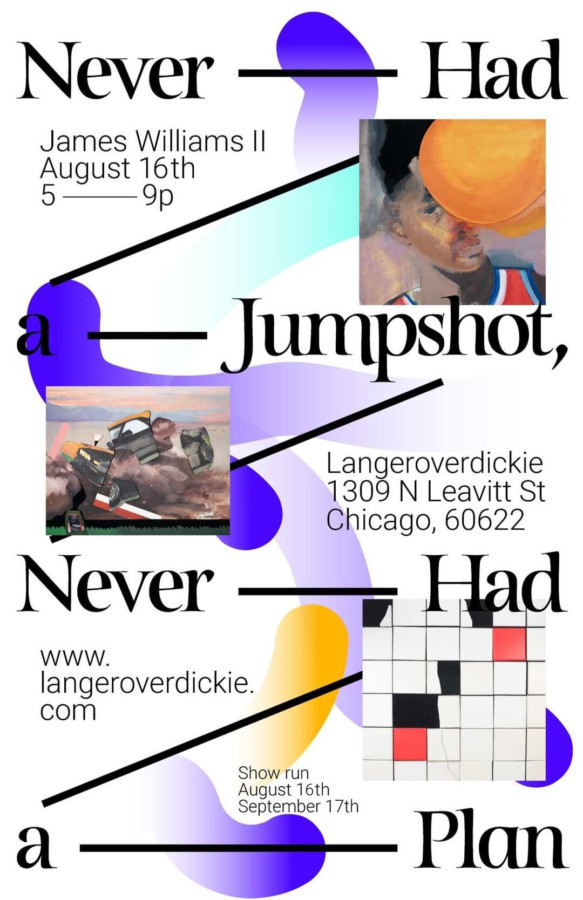