Dianne Cruise (Talia Shire) can’t make heads or tails of life after her divorce. A nervous breakdown and a collision with a concrete wall catapult her into self-reflection and like any sensible, recently dumped person, she takes her current troubles as a sign that she should track down some of her old flames. So begins the sole, long-unavailable theatrical feature directed by Nashville and Thieves Like Us screenwriter Joan Tewkesbury, a cracked, soapy psychodrama that continually threatens to break into being a romantic comedy (or vice versa), the likes of which would become effectively unimaginable at the close of the ’70s. Dianne’s romantic odyssey will see her digging ever further into her past, beginning with her college beau Jeff (Richard Jordan), now a commercial filmmaker, proceeding to the boorish rock ‘n’ roller she dated in high school (a tremendous John Belushi, given a chance to try out his Blues Brothers schtick under the most pathetic of circumstances) before eventually arriving at the home of her childhood sweetheart Lewis, where she meets his younger brother Wayne (Keith Carradine) and heedlessly, destructively inserts herself in the middle of a still-fresh family trauma. Structured around a series of Dianne’s diary entries (a favorite tactic of screenwriter Paul Schrader, working here with his brother Leonard), Old Boyfriends indulges in a plethora of dead ends and weird digressions that a more conventional romantic melodrama would streamline out of existence, fully wallowing in the gooey pleasures and abject horrors of looking for true love. Long out of circulation and difficult to see, Old Boyfriends returns to Chicago in a brand new 35mm print courtesy of Rialto Pictures. (CW) 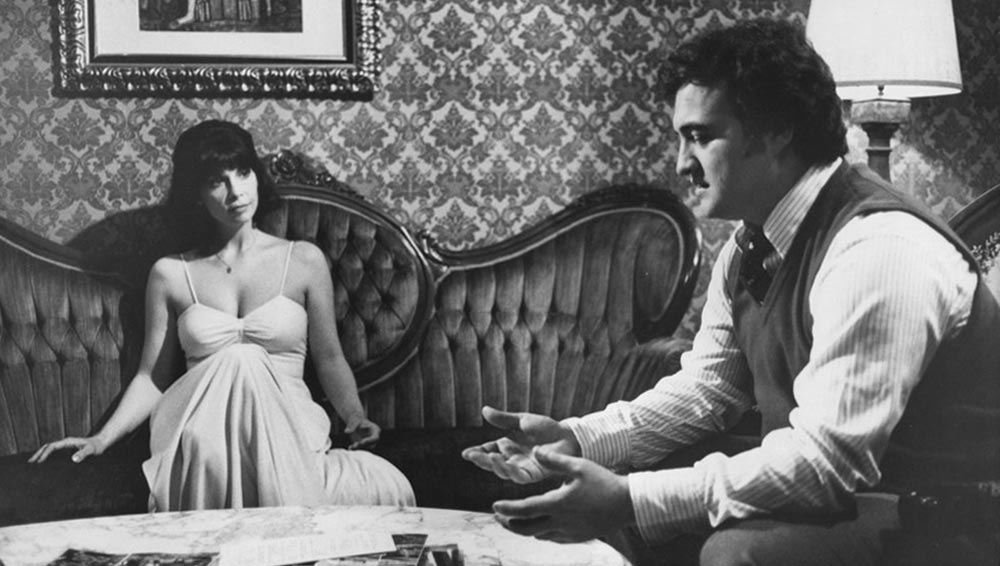