Curator Tour of The Tokyo Show: Black & Brown Are Beautiful

Join Curator Asha Iman Veal as part of The Tokyo Show: Black and Brown Are Beautiful, where she will be facilitating a dialogue around the exhibition and provide illuminations around the artists work and practice.

The Tokyo Show advocates for redirected routes of dialogues across global space—through the leadership of artists, and as a way to reconsider complex identities. In addition to the selection of artwork, the exhibition includes a wider project to circulate ephemera by contemporary Black and Brown artists to special collections libraries globally, as an act of connection, increased mobility, and self definition. Receiving libraries will include collections in Berlin, Lagos, Beijing, and a list that is still growing.

“Seeking ways to constantly expand one’s space both literally and figuratively is a necessary challenge, but one that can be mastered and a way for people of color to thrive,” says Chicago-based curator Asha Iman Veal. “The instrumentality of ‘race’ is an attempt to restrict human fluidity. So what does this mean for humans that understand movement as life?”

“People will live out expected narratives as a way to be unseen,” adds artist Alex Bradley Cohen. In his own statement within the exhibition, Cohen experiments with a new series of drawings alongside striking portraiture. “We know what people look like, we don’t know what people feel like” as individuals, on the inside.

“I want to talk about what it was like living in New Orleans, England, Puerto Rico,” says filmmaker Diana Quiñones Rivera, who contributes an autobiographical work, D on the South Side. “Segregation doesn’t come from today. It’s organized. It’s institutionalized.” 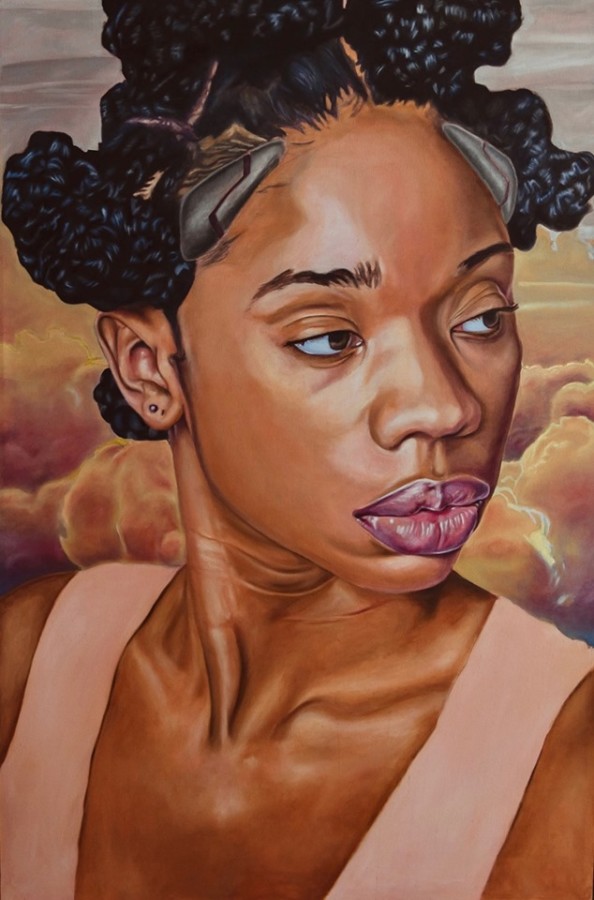