to celebrate the opening of Black Summer:

Instead of commemorating the 100th anniversary of Red Summer, a season of bloody anti-Black violence that swept the nation in 1919, the exhibition will mark the centennial with a showcase that celebrates the lush, abundant, resilient culture of Black survival, life, and living. The exhibition launches at the Movement and Justice Gallery which is housed in the Westside Justice Center, a collective offering free or discounted legal services and referrals, as well as re-entry programming, for anyone who needs access to those resources. Black Summer follows The Black Panther Party – Illinois State Chapter: A 50 Year Retrospective exhibit at the Movement & Justice Gallery, viewed by close to a 1,000 visitors. We will celebrate the Black Panther Party Illinois State Chapter: A 50 Year Retrospective, as it becomes a permanent exhibit at the Westside Justice Center. 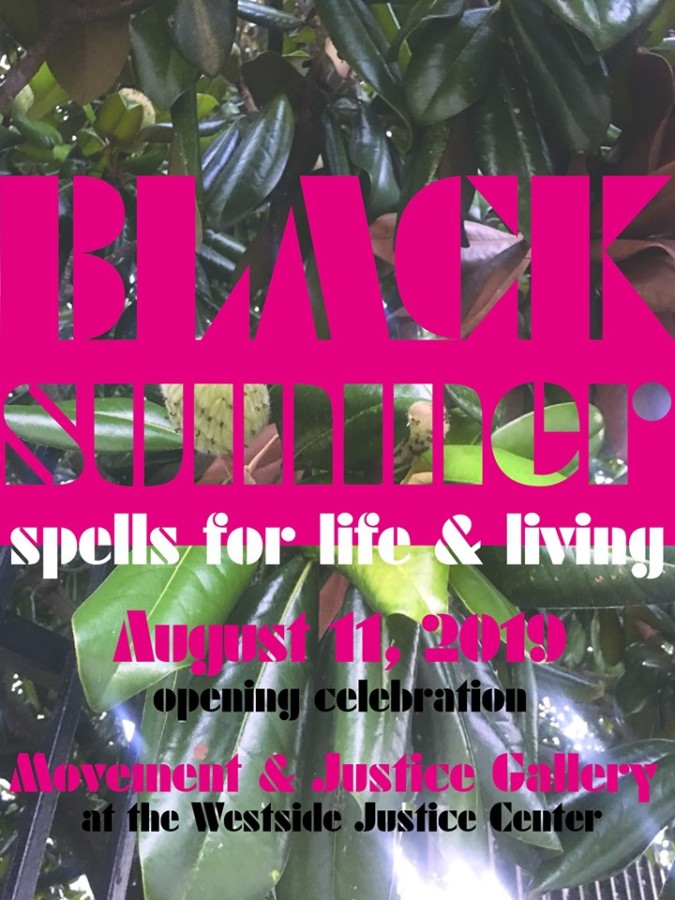