On view through Monday, August 19th

Join us for a screening of BILL TRAYLOR: CHASING GHOSTS on August 18 (Sunday) or 19 (Monday)!

Bill Traylor has been called “the greatest artist you never heard of,” although more recent recognition (including a massive exhibition at the Smithsonian American Art Museum earlier this year) has cemented his reputation as one of America’s greatest self-taught artists. Born into slavery in Alabama in 1853, Traylor toiled as a sharecropper and factory-worker until homelessness motivated him to take up drawing at age 85. Camped on a Montgomery sidewalk and using pieces of discarded cardboard as his canvases, Traylor churned out colorful, semi-abstract renderings of such subjects as animals, houses, monuments, drinkers, and disputatious couples that register both as striking modernist forms and as records of a lost post-Reconstruction world. This concise, illuminating documentary captures the remarkable trajectory of Traylor’s long life and belated creative outburst, which is linked to such contexts as blues, tap-dancing, and Black mysticism. DCP digital.

Director Jeffrey Wolf and producer Jeany Wolf are scheduled to appear at both screenings for audience discussion, moderated by Cleo Wilson, former executive director of Intuit: The Center for Intuitive and Outsider Art.

Black Harvest consultant Sergio Mims will be presented with the Gene Siskel Legacy Award at the Sunday screening, after which the audience is invited to a reception in Sergio’s honor in our Gallery/Café. 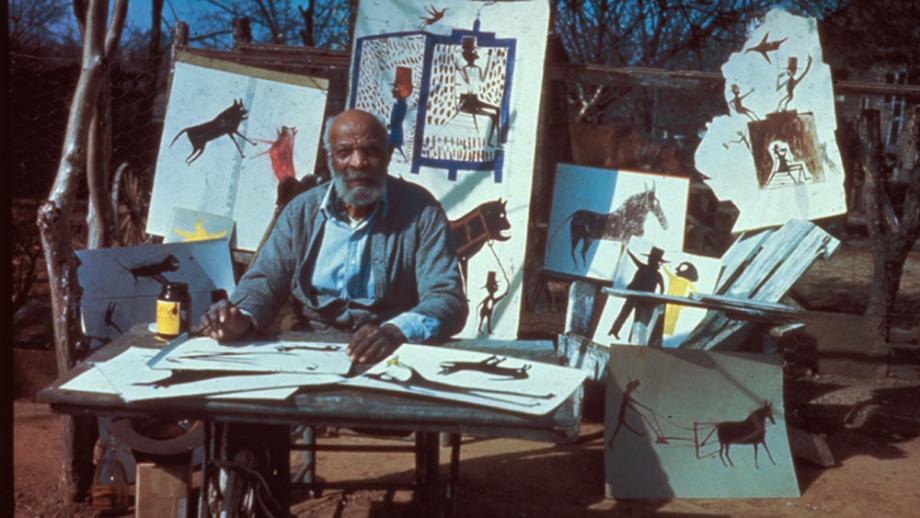