On view through Monday, September 23rd

Andy Moore was born in Racine WI and raised in Stevens Point during the 70’s and 80’s.
Upon graduating from high school he began his study of visual art and design. Toward that end he received a BFA in Painting and Drawing from the University of Wisconsin – Milwaukee (1994) and an MFA from The School of the Art Institute of Chicago (1998).
Immediately following graduation from SAIC, he Co-Directed the now defunct Chicago alternative space, Deluxe Exhibitions (with Danielle Gustafson-Sundell, Carrie Gundersdorf and Adam Scott). During that time, he also worked in his home studio producing paintings and sculptures. Since 2003 he has shifted most of his energy to the production of artist books. More recently he expanded his practice to again include (small scale) paintings. 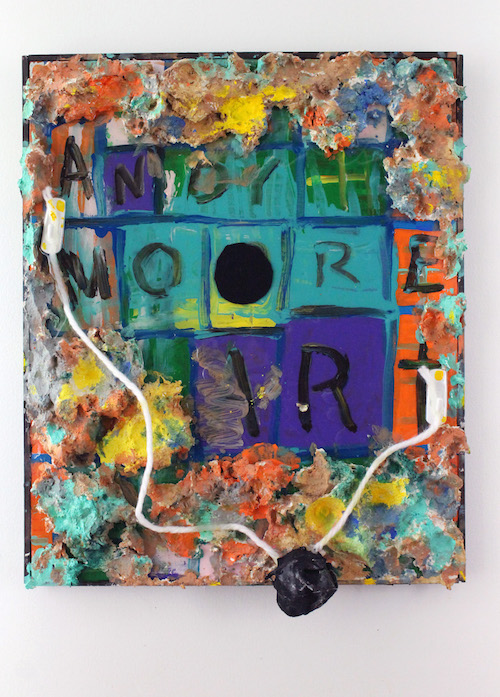