“1117” speaks to the growth of the artist over the past 3 years. For those who saw his last solo show at ERG in 2016, “Pushpins, Paintings & Drawings”, this new body of work demonstrates more maturity. Abraham’s paintings are more definitive this time, still chock full of characters and commentary on the current state of the world while incorporating his signature cartoonish style. While some works are darker than others, each manages to balance the whimsical and severe at the same time. Some of the paintings are a collaboration between he and his talented partner, Ligaya.

The title “1117” comes from his father’s favorite numbers. Abraham did not figure out where the numbers came from until recently when he did some math with his father’s birthdate. This exhibition includes not only paintings on canvas, but painted objects and furniture as well. Some of the works are combined as one package, such as a painted chair, bottle and painting while others come with a gift-wrapped mystery painting. This gesture by the artist best represents his intention to not take life so seriously and to always retain a bit of mystique.

“1117” opens on Saturday, August 17th with a reception from 6pm to 9pm and runs through October 12th. The gallery will be open in conjunction with Expo Chicago’s Art After Hours on September 20th from 6pm to 9pm where guests can meet the artist and view the exhibition.

Biography
Abraham is an illustrator, designer, as well as a fine artist. Born in Manila, Capital of the Philippines, Abraham came to the United States in the 1980’s. After school he began to use his artistic skills as a freelance artist and currently does work at some of Chicago’s top ad agencies. Armed with a double major and a unique wit, the artist uses an alternative point of view to re-imagine ideals and adds his own brand of social commentary by re-contextualizing graphic icons. He works primarily in acrylic, watercolor, ink, often mixing them together in his finished works. His work is informed by the cartoon imagery of his youth, and he counts among his influences many of the pop artists of the 1960’s. He has shown work internationally, in and around Chicago, Los Angeles, and Manila. He has recently completed public murals in Manila and continues to travel between there and his Chicago studio. 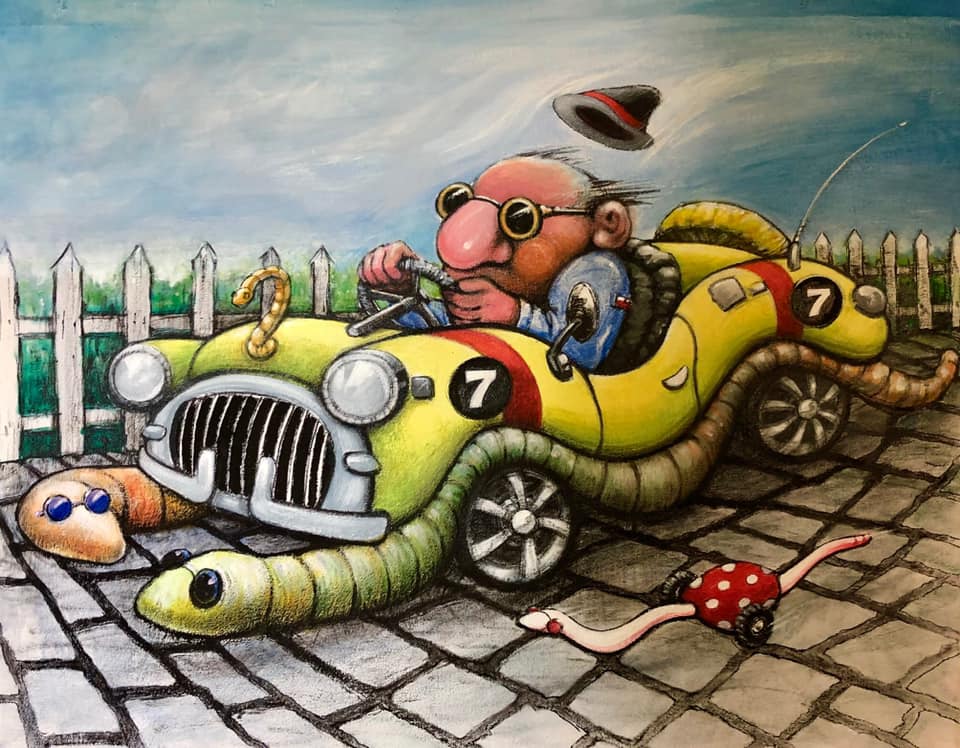