Join the Imperial Windy City Court of the Prairie State Empire as we celebrate the 50th anniversary of an epic turning point in the fight for LGBTQ civil rights. The riots that started on June 28, 1969 at The Stonewall Inn in Greenwich Village were a legendary catalyst for the gay liberation movement.

We will be celebrating the ongoing fight with drag numbers and live singers performing songs spanning the decades from that important time to now.

Proceeds from this charity show will benefit Leather Archives & Museum, dedicated to preserving our history and educating future generations. The rights we have now were hard-won at great cost. We need to remember our history and continue to advocate for the freedom and flourishing of all.

The Windy City Empire is one of over 70 international chapters of the International Court System, one of the oldest and largest LGBTQ organizations, founded four years before Stonewall. The WCE is in its 18th year, 15th as an Empire. We raise money one dollar at a time for charities.

“United we stand, divided they catch us one by one.”
— José Sarria, Absolute Empress I, founder of the International Imperial Court System 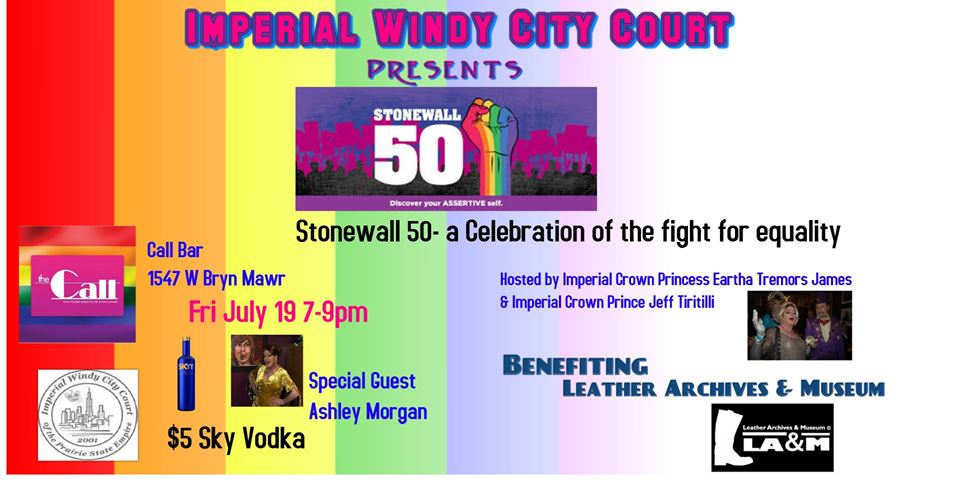