@ The Auditorium at Northeastern Illinois University

Forced to practice the trumpet while all the other neighborhood kids congregate at the dugout, Bleek Gilliam grows up to be the leader of a successful jazz quintet. The adult Bleek (Denzel Washington) is torn between two strong-willed women—schoolteacher Joie Lee and aspiring singer Cynda Williams—but his first love is, of course, his music, and the biggest threat to it all is Bleek’s lingering loyalty to his manager and childhood friend (Spike Lee). For his follow-up to Do the Right Thing, Lee conceived a musical epic as expansive and misty as that breakthrough was tight and specific. Mo’ Better Blues is ostensibly set in present-day New York, but the cavernous club sets and musty caricatures of showbiz hangers-on suggest something more stylistically promiscuous, with decades’ worth of allusions and archetypes freely intermingling in an eternal cycle. (Wynn Thomas’s production design is a stand-out and Ruth E. Carter’s costumes likewise complicate any firm sense of period.) As always with Lee, Mo’ Better Blues is stocked with memorable supporting turns (Denzel’s bandmates include Wesley Snipes and Giancarlo Esposito) and enough swing-for-the-rafters digressions to remain vivid throughout. Lee’s father, Bill Lee, wrote the score, performed by the Branford Marsalis Quartet. (KW) 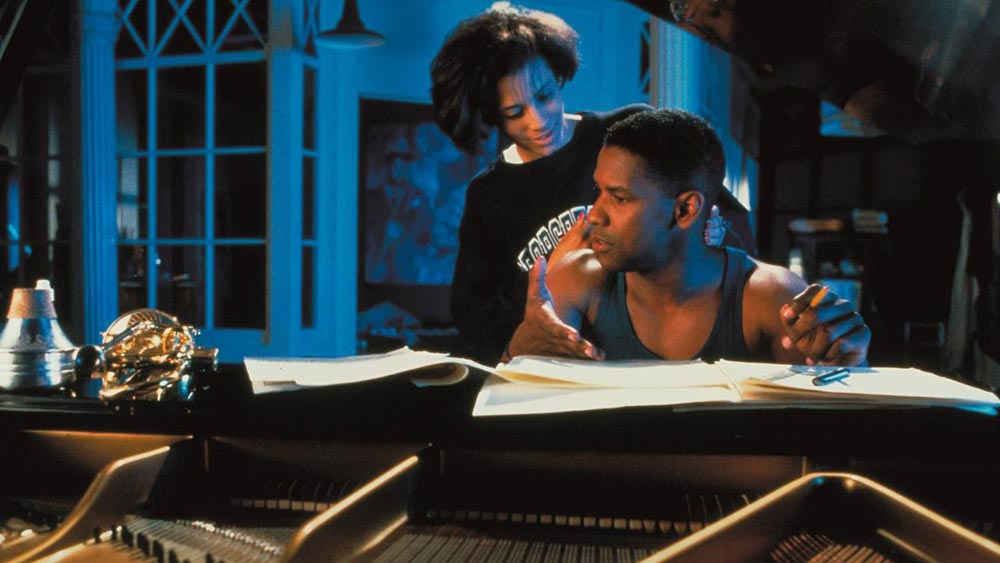