We will be returning to the National Cambodian Heritage Museum with our next Speaking Truths Series. It is scheduled for Wednesday July 17 and the show starts at 7:30pm.

$5 suggested donation, but we won’t turn anyone away.

The theme: Straddling the Borderland.

Borderland can mean many different things. It can be as concrete as the physical borders erected between nations. Or it can be metaphorical to embody emotional, political, psychological, or cultural meanings. Is it possible that the borderland is not meant to be crossed but straddled?

What does it mean to straddle the borderland then?

You may not see these tellers often, but they all have important stories to share about the borderland upon which they straddle. Stories that demand our undivided attention.

Speaking Truths Series seeks to bring performance art to community spaces. This show is open to and inclusive of people of all identities, backgrounds, and experiences. 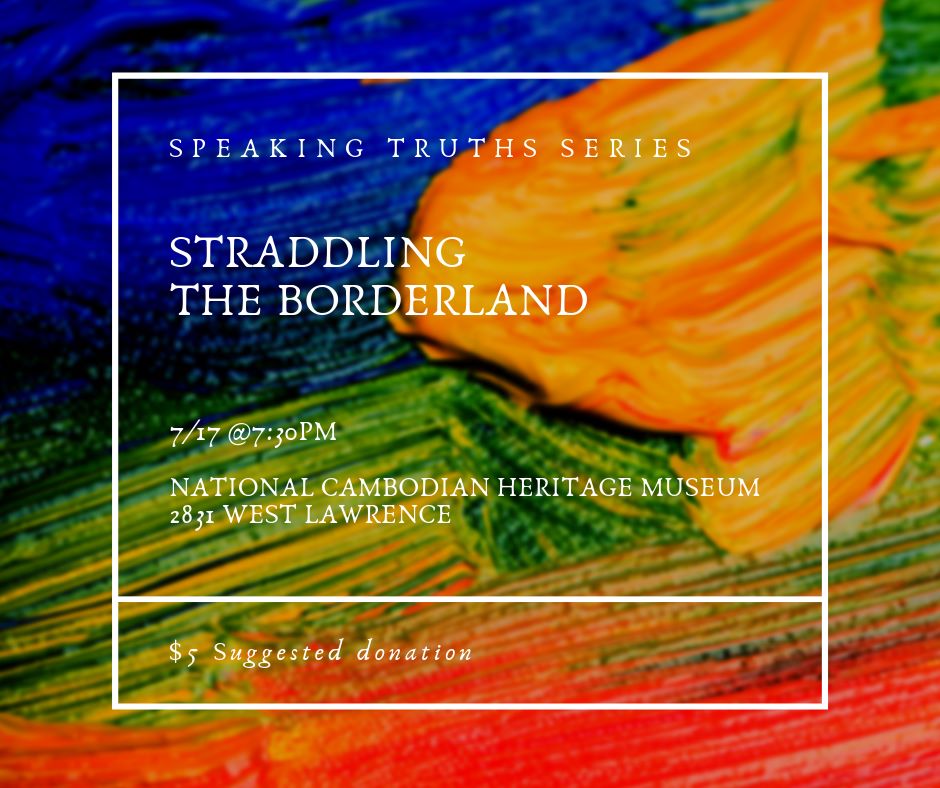