Mutant Dust Bunnies is a call for the dust within sound archives to shapeshift into radical narratives for decolonial futures. The visionary ethnomusicologist Alan Lomax, created an extraordinary document of American Roots and World Music that influenced the American Folk Revival of the 1950’s, and today continues to influence listeners around the globe. Materials from his accessible archive will be in active conversation with contemporary artworks examining narratives about place, culture, and methods of production within recorded and embodied histories. Artists presenting work in this exhibition include: Sonia Louise Davis, Manal Kara, Parissah Lin, Yvette Ramirez, and RaFia Santana. Through video, sculpture, text, sound installation, and archival practices, the artists carefully envision ways that cultural technologies continue to evolve rather than conform to being framed as a relic of the past. Invested in notions of epistemological erasure, deep listening, migration, and self preservation, the participating artists illuminate the critical implications of a documentary tradition steeped in histories of systemic oppression and creative resistance.

Born and raised in New York City, Sonia Louise Davis engages improvisation across installation, performance and writing. She has performed at the Whitney Museum of American Art and published in Women & Performance: a journal of feminist theory. Most recently, she was a New York Community Trust Van Lier Fellow at the International Studio & Curatorial Program in Brooklyn. An honors graduate of Wesleyan University (BA, African American Studies, 2010) and an alumna of the Whitney Independent Study Program (2015-2016), Sonia lives and works in Harlem

Manal Kara is an artist based in Gary, IN and Chicago.

Parissah Lin is an educator, researcher, and media maker. Her focus interrogates visual and performance arts as a site through which diasporic, indigenous, and post-colonial identities can resist, refuse, or subvert the violence produced by colonialism and imperialism. Using the language of critical race and performance theory, post/anti-colonial and indigenous studies, and social and cultural analysis, she attempts to disrupt the frame by which power and identity are produced through narrative practice. Her artistic praxis uses video art, archival and collected footage, public mourning, and performance. She is a founding member of the Yellow Jackets Collective a queer intersectional and interdisciplinary collective of East Asians collaborating towards radical futures that centralize marginalized bodies. She spends a lot of time angry while crying.

Born and raised in Queens, NY, Yvette Ramírez is an arts administrator, oral-historian, and archivist-in-training. She is particularly inspired by the power of community-centered archives to further explore the complexities of information access and memory within Latinx/Andean diasporic communities in the United States. With nearly a decade of experience as a cultural producer, Yvette has worked alongside community-based and cultural organizations such as The Laundromat Project, Make The Road New York, New Immigrant Community Empowerment, The Noguchi Museum, and, most recently, as the national outreach coordinator at PEN America. She holds a BA from Hunter College and will be pursuing a graduate degree in Digital Archives and Library Science / Preservation at The University of Michigan this fall.

RaFia Santana is a Brooklyn-based multimedia artist using animated graphics, self portraiture, and music production to soothe the self, bend perception and make jokes. They also make use of social marketing and fundraising as a means to support and uplift marginalized communities. RaFia has exhibited their work at the Schomburg Center for Research in Black Culture, MoCADA, Tate Britain, the Museum of the Moving Image, and Times Square. They have been featured in Teen Vogue, Paper Magazine, VICE, Topical Cream Magazine, and other leading publications. They have performed & participated in panels, discussions, and events at Black Portraitures at Harvard University, Pratt Institute’s Department of Digital Arts, Newspace Center for Photography, Afrotectopia at NYU’s Tisch School of the Arts, & MoMA PS1.

Catherine Feliz is an interdisciplinary artist, curator, and writer born and raised in Lenape territory (NYC) to parents from Kiskeya Ayiti (Dominican Republic). Their multimedia projects are personal reflections on the construction of power and knowledge. Through applying the languages of visual desire and the practices of care, they’re interested in imagining new narratives of place that center the experiences of politicized bodies. In 2017 they received a BFA in Photography and Art History from SUNY Purchase College of Art + Design. Catherine has attended ACRE Residency, Summer Forum for Inquiry + Exchange, and is currently a community fellow at the International Center of Photography. Catherine Feliz is also the co-founder of Abuela Taught Me — a modern pop-up botanica, a founding member of Homecoming — a qtbipoc healing collective, and an educator at the Schomburg Center for Research in Black Culture.

Image credit: From the Alan Lomax Collection at the American Folklife Center, Library of Congress. Courtesy of the Association for Cultural Equity 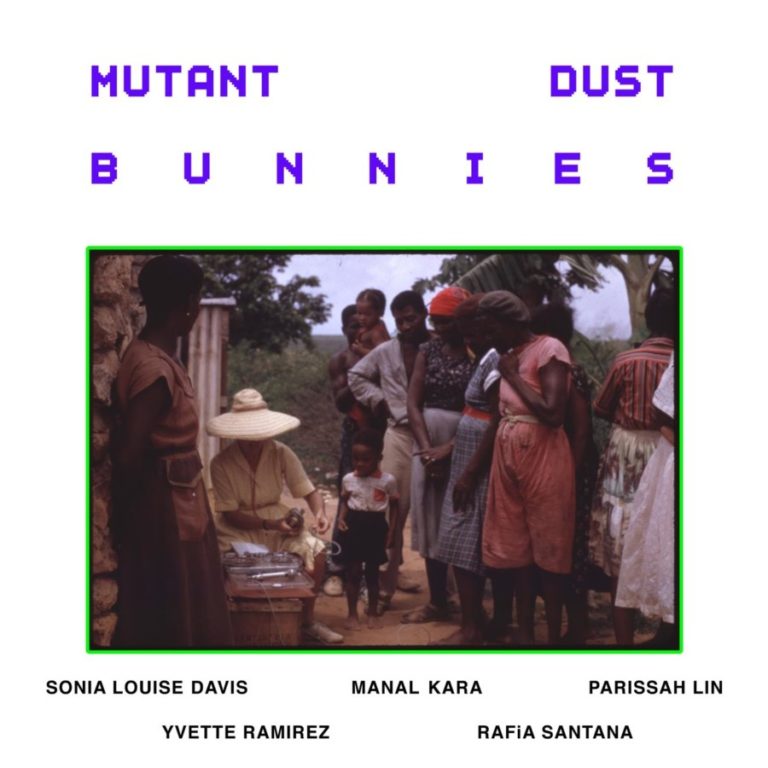