The Nightingale is thrilled to welcome Mary Curtis Ratcliff, a founding member of the collective Videofreex, to Chicago to screen three videos made from 1969-1970, on the occasion of the group’s 50th anniversary. Mary Curtis Ratcliff—visual artist, videomaker, and political activist—participated in the creation of these tapes both on an off camera as videographer, interviewer, and interviewee. Chicago Travelogue: The Weatherman (1969), Fred Hampton: Black Panthers in Chicago (1969), and Curtis’s Abortion (1970) provide a window into the political movements and ideologies that are as important today as they were fifty years ago.

The Videofreex began in 1969 as part of the Manhattan video scene and eventually moved to upstate New York to operate a community video center and the first pirate television station in the U.S. on Maple Tree Farm in Lanesville, NY throughout the 1970s. Since 2001, the Videofreex archive has been held at the Video Data Bank at the School of the Art Institute of Chicago.

Shortly after founding the collective, Mary Curtis Ratcliff, Parry Teasdale, and David Cort were hired by CBS to produce video footage of the emerging youth culture in Chicago, Los Angeles, and New York for a television pilot called Subject to Change. Though the program never made it to the air, the interviews that they recorded helped inspire the wave of political video documentaries now known as “Guerrilla Television.”

In an interview with the Videofreex, media artist Ralph Hocking once said that “99.99% of videotapes produced are boring as hell to 99.99% of the people who watch them.” What makes the Freex unique is that somehow so many of their tapes fit within the .01% that speak to more than just “video people.” They belong to that slim percentile of video that is essential: they capture the reality of the past and confront us with the urgency of our present.

David Cort and Mary Curtis Radcliff interview participants after the “Days of Rage” protest organized by the Chicago-based Weathermen in October of 1969. The Videofreex question the destructive methods of the new group but allow the students to speak about the personal importance of their radical experiences.

Mary Curtis taped Parry Teasdale and David Cort’s interview with the twenty-one year-old deputy chairman of the Black Panther Party of Illinois just months before he was murdered by the Chicago Police. Members of the Videofreex reportedly broke into CBS offices to rescue the master copy of the interview after their pilot was canceled, and screenings of the video were instrumental in organizing the campaign for a civil case against the CPD.

Fellow Videofreex Nancy Cain and Carol Von Toble speak with Mary Curtis about her experience with recently legalized abortion in New York. The participants’ thoughtful conversation turns the informational tape into an unexpectedly warm document of friendship and the women’s rights movement.

All videos will be screened digitally, and were preserved and digitized by the Video Data Bank. Programmed by Zach Vanes and Emily Eddy. 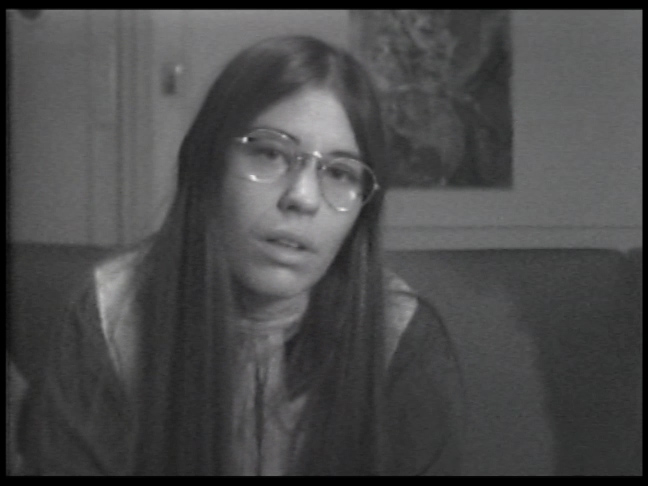