Join us for a special performance by artist C. Lavender for her Florasonic installation ‘Terraforming a Sanctuary’ at the Lincoln Park Conservatory. This event is FREE and open to the public.

C. Lavender’s Terraforming a Sanctuary’ is a site-responsive sound installation created for ESS’s Florasonic series at Lincoln Park Conservatory. Terraforming a Sanctuary seeks to feature the Lincoln Park Conservatory fern room as a place to assist visitors in finding a state of well-being. The sound installation further develops concepts of meditating through listening, sound pollution avoidance, Shinrin-yoku (“forest bathing”) and memory patterns from sounds that C. Lavender initially explored in her 2016 workshop “Listening in the Leaves” which took place at The Brooklyn Botanic Garden in Brooklyn, NY. Four audio recordings come together to weave a soundscape which subtly shifts between brainwave modulating pure tone frequencies which create synaptic familiarity guiding the listener into a calming state. The main instrument in the recordings is a Chamberlin Mellotron; a keyboard which plays back hi-fi recordings of instruments and choirs initially made in the 1940s-1960s. The Chamberlin Mellotron was favoured by many top musical groups including The Beatles, Led Zepplin and David Bowie among others and has a signature sound that recalls the memory of familiar pop songs from the 1950s-1990s. Another element of the sound installation is field recordings of Spring peeper chorus frogs from the Catskills region of New York. Spring peeper frogs emanate a call that signals the beginning of Spring and that they have found their chosen home for the season. The Spring peepers chorus merges with the vocal choir recorded over fifty years ago for the Mellotron Chamberlin keyboard. Together these sounds synergize concepts of comfort, well-being, memory, and refuge.

For her performance at the Lincoln Park Conservatory, C. Lavender will be presenting work from her sound healing practice and turning the fern room into a meditative space. C. Lavender will lead visitors in some simple breathing and toning exercises before inviting everyone to close their eyes and experience a “sound bath” through live meditative music playing featuring gongs & singing bowls.

About C. Lavender:
C. Lavender is a Hudson Valley, New York-based sound artist, sound healing practitioner, and educator whose work spans through live performance, recording, installations, videos, compositions, and workshops. She seeks to create an immersive aural landscape for the listener, an experience which is intensely physical, emotional and ultimately cathartic as noted in a performance review from the Village Voice; “downright iconic, charged with meaning and transgression.”

C. Lavender has performed, lectured and hosted workshops at the Solomon R. Guggenheim Museum, Hirshhorn Museum, Issue Project Room, The Rubin Museum of Art, MoMA PS1, The Stone, The Brooklyn Botanic Garden, Fridman Gallery, The New School, and Rensselaer Polytechnic Institute among other venues. She studied “Deep Listening” with its founder Pauline Oliveros while volunteering at The Deep Listening Institute in Kingston, NY. In 2016 she taught a ten-week class for children about the scientific and artistic aspects of sound. C. Lavender has albums and recordings featured on the labels Ecstatic Peace!, RVNG Intl, Primitive Languages, and Hot Releases. For more information: www.clavender.net 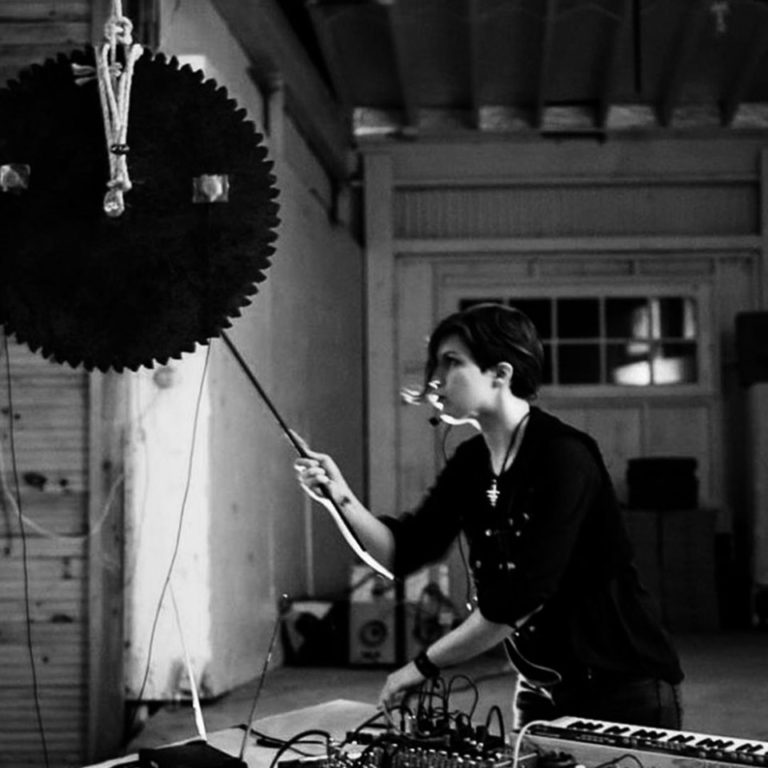