Brooklyn based pianist, improviser and composer Eli Wallace has firmly established himself in the New York creative music scene by working with a whole range of acclaimed musicians and ensembles. And his experience working in many styles of sound creation including classical, jazz and free improvisation, has given his playing both a multi-dimensional and highly original quality which he’ll take full advantage of both on and inside the piano for his solo Option debut. For the second set, Eli will join tubist and electronics musician Beth McDonald for a set of duo improvisations.” – Tim Daisy/Option Curator

Eli Wallace is a pianist, improviser, composer, and curator who resides in Brooklyn, NY. Since moving from Oakland, CA in 2015 he has established himself in the New York improvised and creative music scene, constantly seeking out improvisers with a similar predilection such as Daniel Carter, Billy Mintz, Andrew Smiley, Sandy Ewen, Carlo Costa, Sean Ali, Angela Morris, Brandon Lopez, Erika Dicker, Joe Moffett, and many others. He recently released his first solo album, Barriers, that Daev Tremblay (Can this even be called Music?) says “…is a fascinating and upsettingly great album!” His project Slideshow Junky utilizes numerous one-page pieces as a tool for improvisation and collaboration. He is also a member of the collective trio Cataclysmic Commentary, whose debut album Audience Participation was included in multiple “Best Albums of 2018” lists. And, he is one half of Rob Pumpelly’s duo Dialectical Imagination, whose third album was released by Leo Records. His work as a pianist displays his vast milieu of experiences from classical, jazz, and free improvisation studies, while incorporating contemporary piano performance practice and preparation to create a sound that is uniquely his own. As a composer, he’s written pieces ranging from solo piano to full studio orchestra, and received commissions from Contra Costa College JazzaNova, Lawrence University, and dancer Randee Paufve. His musical education was granted by Lawrence University, Appleton WI, and New England Conservatory, Boston, MA.

Beth McDonald is a classically trained tuba player gone awry. She works largely in the fields of electroacoustic music, the American avant-garde, jazz, and free improvisation. She currently performs with Korean Jeans and the Callithumpian Consort, among other groups. She also works behind the scenes at Piano Power and the SICPP music festival in Boston each June.

OPTION is a weekly music salon on Monday nights at Experimental Sound Studio. It’s programming explores contemporary perspectives on improvisation and composition in a ‘salon’ format, enabling local, national, and international artists to publicly discuss their practice and ideas as well as perform—all in the intimate environment of ESS’s Studio A. Organized by Chicago musicians Andrew Clinkman, Tim Daisy, and Ken Vandermark, the schedule of concerts represents an insider’s view of what is currently most exciting in music and the arts. Shows are professionally recorded by ESS staff, and are streamed live on YouTube. 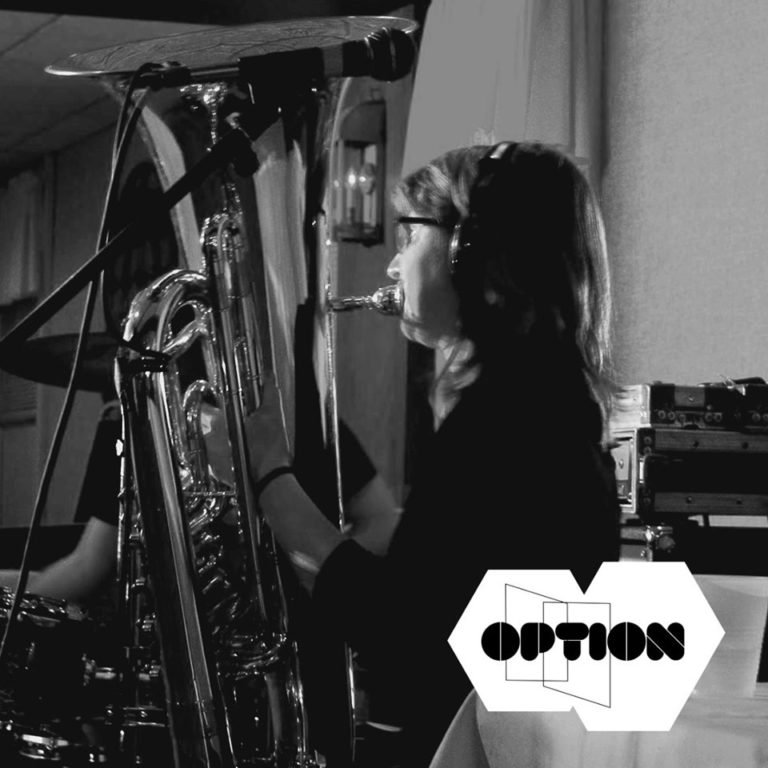