The structure, texture, and materials of clothes have continuously informed Diane Simpson’s sculptural practice. In her works, Simpson combines clothing designs with elements of architecture, exploring the sociological roles and styles of the clothes we wear and the buildings that surround us. Working over an extended research period of nine months, Graham grantee Diane Simpson has designed her first costumes to be animated by two dancers. Taking inspiration from the former Women’s City Club of St Paul, designed by architect Magnus Jemne in 1931 in the Art Deco style, Simpson’s costumes reference key details of the elegant building. On July 25, Simpson presents the development of the project and a performance featuring the new body of work.

Diane Simpson is a Chicago-based artist who creates sculpture and preparatory drawings that evolve from a diverse range of sources, including clothing, utilitarian objects, and architecture. The structures of clothing forms has continuously informed her work, serving as a vehicle for exploring their functional and sociological roles and the influence of the design and architecture of various cultures and periods in history. Diane Simpson’s works have been included in the 2019 Whitney Biennial. Other museum exhibitions include solo shows at the Museum of Contemporary Art, Chicago (2016) and The Institute of Contemporary Art, Boston (2015). Recent solo gallery exhibitions include Herald St., London (2018); JTT, New York (2016); and Corbett vs Dempsey, Chicago (2016). Her work has been acquired by The Art Institute of Chicago; The Museum of Contemporary Art, Chicago, The Hessel Museum of Art; Institute of Contemporary Art, Boston; Kadist Foundation, Paris and San Francisco; Perez Art Museum; and the Whitney Museum, NY. In 2016, she was given the honor of presenting the Distinguished Alumni Lecture at the School of the Art Institute of Chicago. In 2018, she received a research grant from the Graham Foundation to support her project Architecture in Motion commissioned by FD13 Residency for the Arts in Minneapolis-Saint Paul, MN.

Tags: Architecture in Motion, Chicago, Diane Simpson, Graham Foundation for Advanced Studies in the Fine Arts, Near North Side 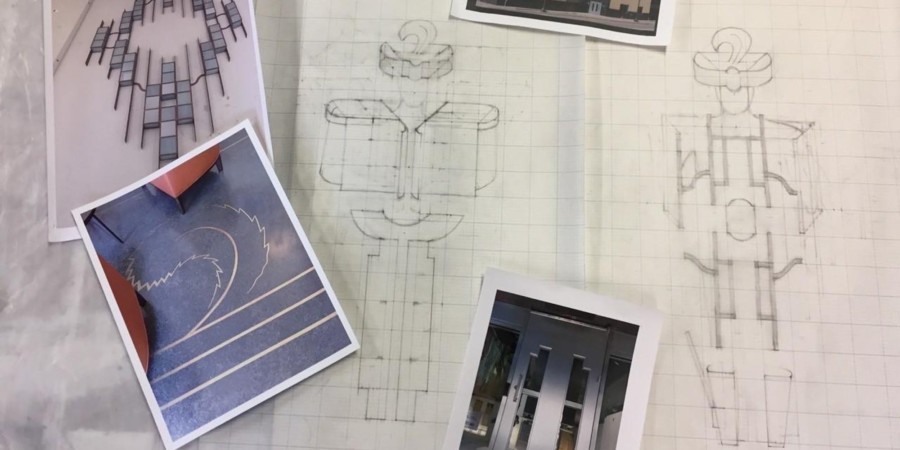