Join Patricia Heberer Rice, director of the United States Holocaust Memorial Museum Division of the Senior Historian, as she discusses the Museum’s Deadly Medicine traveling exhibition, which explores the history of the early 20th-century international eugenics movement and the complicity of physicians and scientists in Nazi racial policies.

Physicians played an important role as planners and implementers of Nazi racial hygiene policy. This presentation discusses how medical professionals worked to apply two significant aspects of Nazi policy: compulsory sterilization and the clandestine “Euthanasia” program, the Nazis’ first program of mass murder. Compulsory sterilization, through which 400,000 Germans were legally sterilized, was enforced through the German legal system and involved physicians in the roles of denouncers, jurists, and enforcers of sterilization policy. Likewise medical professionals instigated and carried out the so-called Nazi “euthanasia” program, which claimed the lives of 200,000 mentally and physically disabled patients and set an important precedent for the Holocaust.

Deadly Medicine: Creating the Master Race is a traveling exhibition produced by the United States Holocaust Memorial Museum. Through reproductions of photographs and documents, films, and survivor testimony, it traces how the persecution of groups deemed biologically inferior led to the near annihilation of European Jewry. It also challenges viewers to reflect on the present-day interest in genetic manipulation that promotes the possibility of human perfection. The exhibition is open May 17–July 28

Read more about this exhibit at https://imss.org/deadly-medicine-creating-the-master-race/

This exhibition is made possible through the support of The David Berg Foundation, The Blanche and Irving Laurie Foundation, The Lester Robbins and Sheila Johnson Robbins Traveling and Temporary Exhibitions Fund established in 1990, and The Dorot Foundation.

Header Image Caption: Head shots showing various racial types. Most western anthropologists classified people into “races” based on physical traits such as head size and eye, hair and skin color. This classification was developed by Eugen Fischer and published in the 1921 and 1923 editions of Foundations of Human Genetics and Racial Hygiene.–US Holocaust Memorial Museum 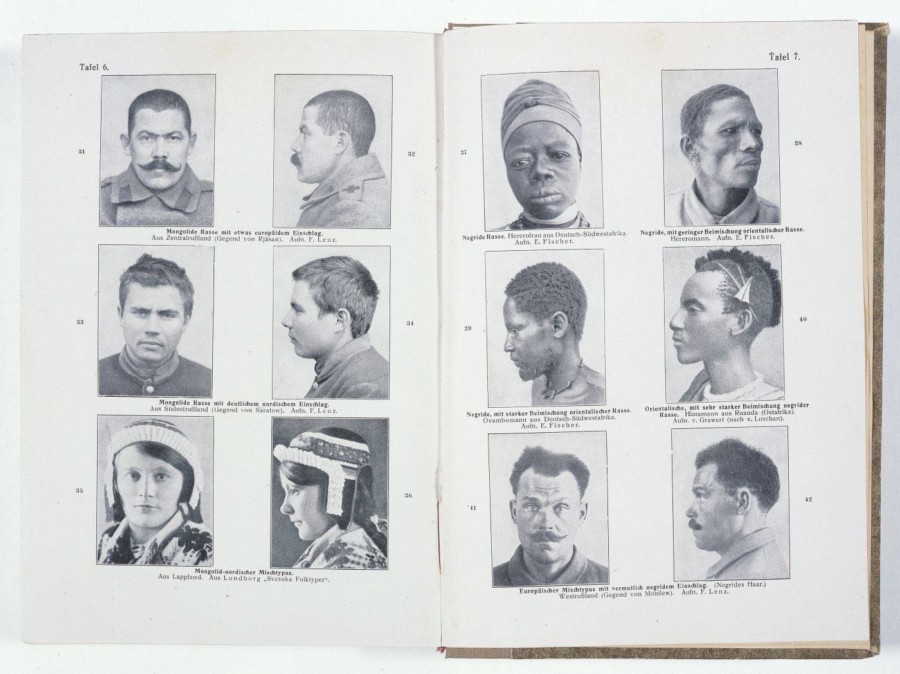