You are cordially invited to a cocktail reception to meet the artist, David Gamble!

Since the mid-1970s, David Gamble’s passion for photography has led the London-born artist across the globe, where he has worked for The New Yorker, Elle and Time-Life publications, winning prestigious awards for his work – including the 1987 Grand Prix European Award naming him the best photographer in Europe, the 1989 World Press Award and the 1989 American Photography Award.

Based in New Orleans, David Gamble is a multidisciplinary artist whose body of work consists of paintings, works on paper, and photographs, all of which have been exhibited globally. Over his decades-long career spanning the commercial, journalistic, and fine art realms, Gamble has photographed such illustrious figures as Stephen Hawking, Neil deGrasse Tyson and the Dalai Lama with several of his portraits included in the permanent collections of the National Portrait Gallery in London and the Smithsonian’s National Portrait Gallery in Washington, DC.

In 1988, Sotheby’s New York hosted one of the most talked-about auctions of the decade, the sale of the Estate of Andy Warhol. In addition to paintings and sculpture, some of the most sought-after items were Warhol’s personal effects, including decor, clothing, and even his 1974 Rolls-Royce Silver Shadow. The goal of the sale was to raise funds for the then fledgling Andy Warhol Foundation for the Visual Arts. 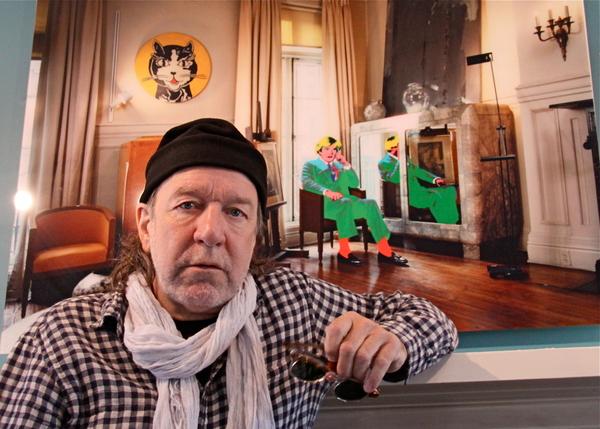