Darrell Walker: In the Paint

Former NBA star, University of Arkansas at Little Rock Head Basketball Coach, and Chicagoan Darrell Walker is among the most prolific African American art collectors in the country. Pigment International will host an exclusive Salon Talk that will be a free-ranging discussion on his evolution as a collector, how he builds artist’s careers by collecting their work, and the legacy he hopes to impart within the African American art world. The conversation will be moderated by Tracie Hall of the Joyce Foundaiton.

The event will kick off with an evening VIP reception for sponsors, followed by the Salon Talk, and a post-event desert reception. ABC 7’s Dionne Miller will serve as emcee and Tracie Hall from the Joyce Foundation will moderate the conversation. Pigment will also host a meet and greet for Mr. Walker with college and high school art students, during the day. The backdrop for the event will be an art exhibition by the artists of Pigment International. 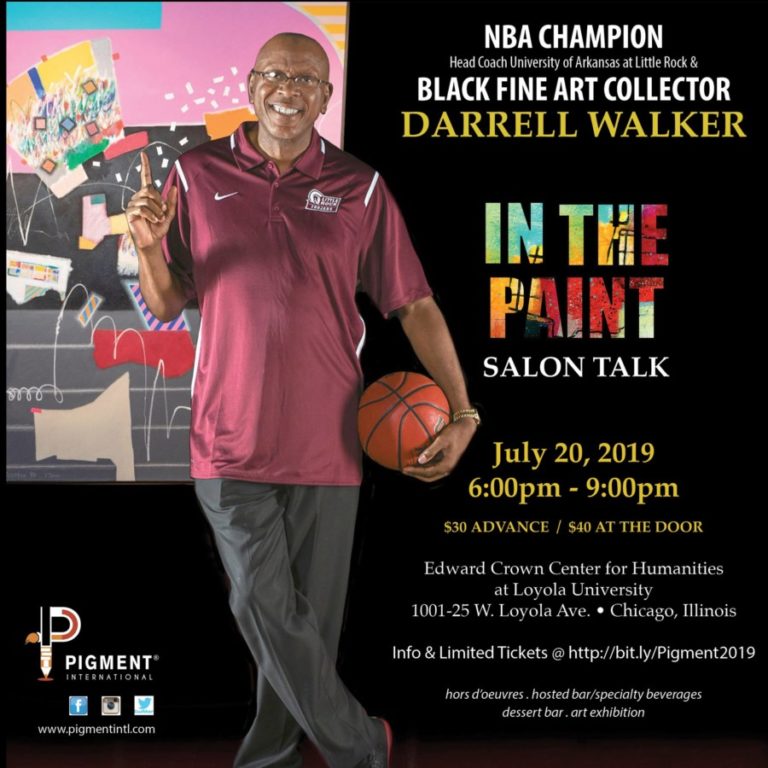