Join us for a reading and conversation in celebration of MAMASKATCH by Darrel J. McLeod. For this event, Darrel will be in conversation with Terese Marie Mailhot, author of HEART BERRIES.

Growing up in a tiny village in Alberta, Darrel J. McLeod was surrounded by the comfort of his Cree family, especially his mother, Bertha. But when Bertha turned wild and unstable and their home life became chaotic, Darrel struggled to maintain his grades and pursue an interest in music while changing homes many times, witnessing violence, caring for his younger siblings, and suffering abuse at the hands of his surrogate father. Meanwhile, his sibling’s gender transition provoked Darrel to deeply question his own sexual identity. This is an intensely moving portrait of a family of strong personalities, deep ties, abuse and trauma, and the shared history that both binds and haunts them.

Darrel J. McLeod is Cree from the Treaty 8 territory in Northern Alberta. Before deciding to pursue writing in his retirement, he was a chief negotiator of land claims for the federal government and executive director of education and international affairs with the Assembly of First Nations. He holds degrees in French literature and education from the University of British Columbia. He lives in Sooke, British Columbia.

Terese Marie Mailhot is the author of Heart Berries. She graduated from the Institute of American Indian Arts with an MFA in fiction and received a Whiting Award for Nonfiction in 2019. 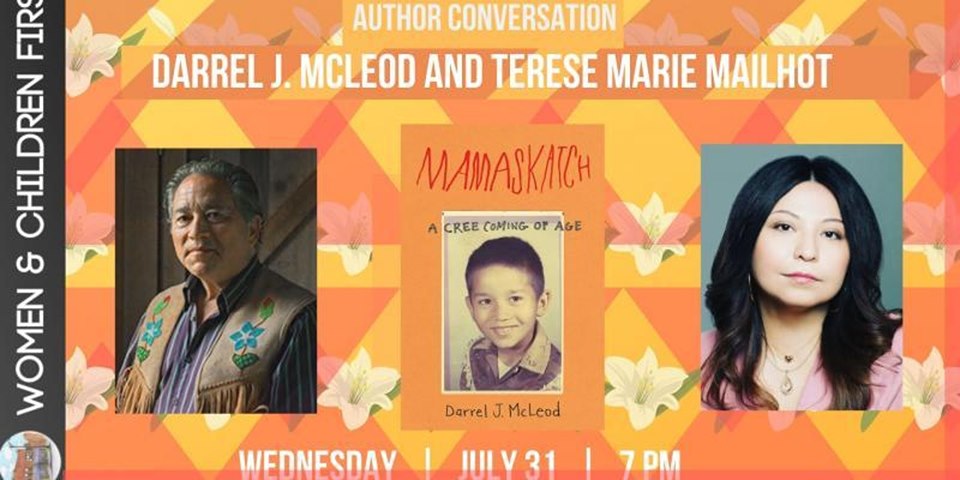