Filter Photo is pleased to present The Land of Illustrious Men, a solo exhibition featuring the work of Daniel Ramos, curated by Paul D’Amato.

“The Land Of Illustrious Men is a photo-novella of my life as a son of working-class immigrants who came to America from Mexico in search of a better life. The series offers the viewer a glimpse of the personal story of each member of my family and reveals the nature of their relationship to one another. I include my own experience – a childhood spent living between two worlds, and my decision to reject the blue-collar tradition that was to be my presumed legacy in order to become a photographer.

I was born and raised in Pilsen, a Mexican-American neighborhood on the lower West Side of Chicago. During the summers, my parents sent me to Lampazos De Naranjo, a small town in Nuevo Leon, Mexico to stay with my grandmother so I would not fall victim to the gang violence in my neighborhood. I spent every summer in Mexico until I was 18 years old. The opportunity to travel and the exposure to a foreign land provided an escape from the harsh urban environment of my daily existence.

My father always believed in hard work. He entered the United States illegally with the help of a coyote, a human trafficker. The promise of work and the hope of economic security is the reason he chose to come to the US. In 1978, my father found a position as a Handyman at Sloan Valve, a company that specializes in flushing valves. He has kept this job for 39 years. My father was very proud when I began working at Sloan as a hand polisher in 1999. During my freshman year at Columbia College, I took portraits of my coworkers at the factory for my first photo series. When this project was completed, I received a scholarship from Columbia College, which assisted me to resign from Sloan in 2001. This was a big blow to my father. He always wanted me to follow in his footsteps.

Although my journey is personal, this project is an expression of a larger story about immigration, cultural identity, assimilation, and class that is shared and felt by many.” 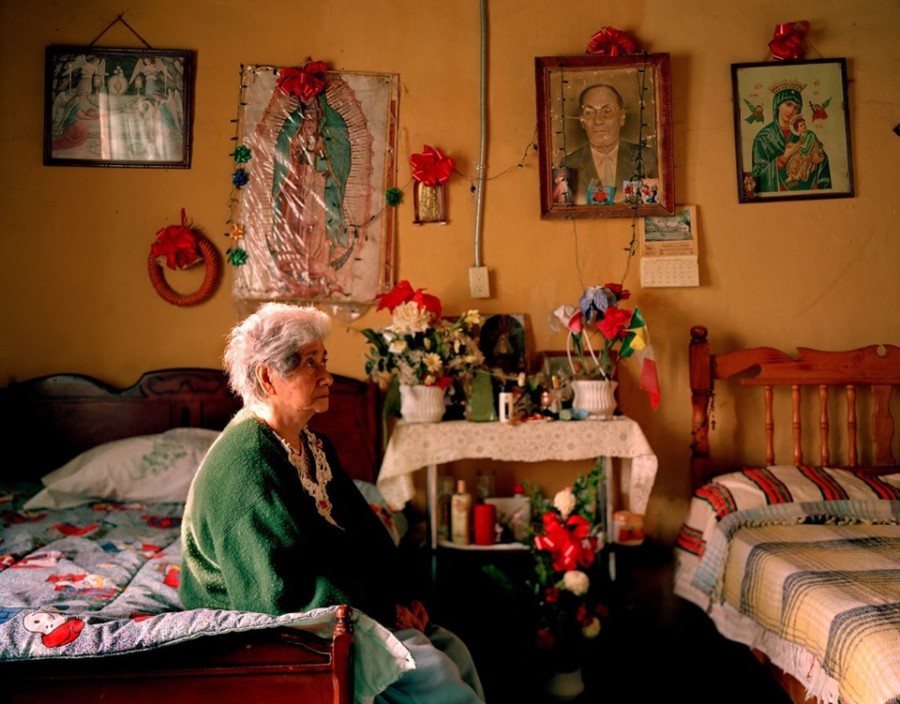