Consular Series: Rescue in the Caribbean: Jewish Refugees in the Dominican Republic

In the summer of 1938, delegates from thirty-two countries met to discuss a plan of action in response to the Jewish refugee crisis in Europe. At the end of these meetings, it was only the Dominican Republic that agreed to allow a limited number of Jewish immigrants.

Find out more about the experiences of these refugees as they arrived in the Dominican Republic, and how the town of Sosua became a Jewish agricultural settlement. This program will feature Kitty Loewy, the daughter of one of those resettled Jews, and a screening of a 1941 promotional film. 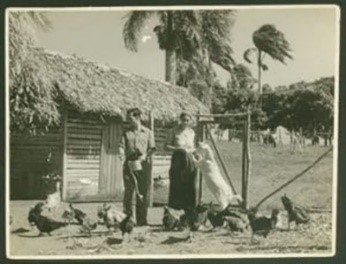