We Want All Black Men To Be Exempt From Military Service.

The Black GI 1971, 54m [NET Black Journal] A damning catalog of the discrimination that Black soldiers experienced both on and off military bases in Vietnam.

No Vietnamese Ever Called Me Ni–er 1968, 68 minutes Filmed at the Harlem Fall Mobilization March in 1967, this video lets people in the streets, as well as black Vietnam vets, speak out about social protest, life in New York’s black ghetto, and the connection between racism and war. 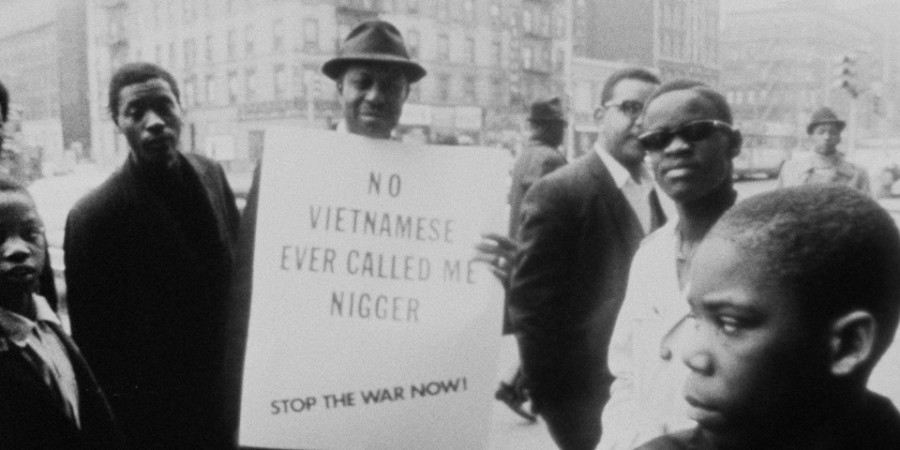