Dua Saleh
It’s tempting to describe DUA SALEH as a natural. An artist who only began recording music two years ago isn’t supposed to sing with such infectious bravado and haunting gloom. Yet to say DUA has arrived fully-formed on their first ever EP project titled Nūr – (pronounced “noor” – meaning “the light” in Arabic). They may have just decided to try songwriting, but they’ve spent their life working across divisions: borders, mediums, identities, and protest lines.

Bonita Appleblunt_
BONITA APPLEBLUNT is a DJ and sound engineer, originally from Ohio, currently working and making soundwaves in Chicago. She is the resident DJ for AMFM. 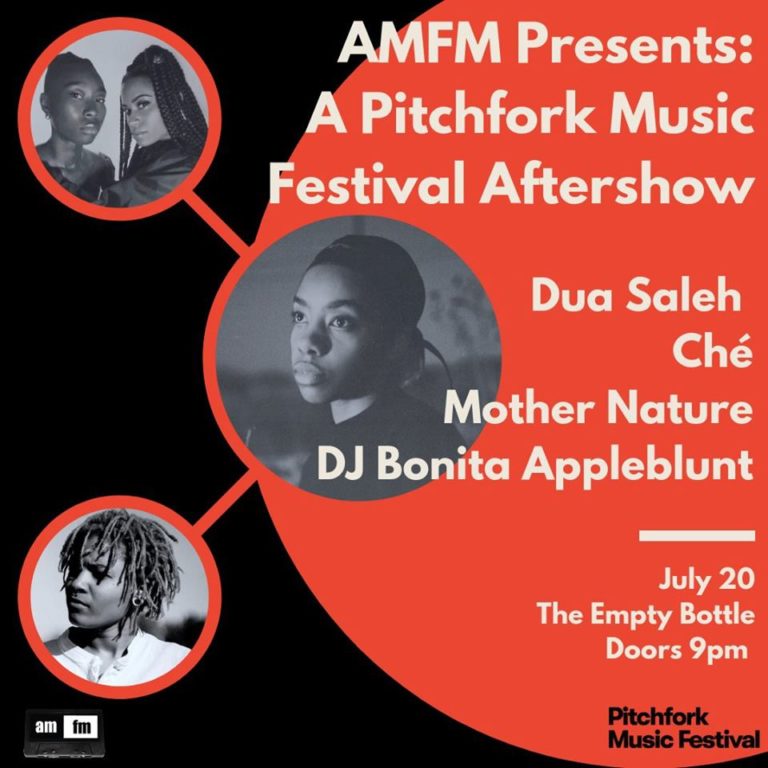