Connecting to the “Between Vision + Principle” exhibition’s themes surrounding Blackness occupying space, “We’re Here” features three short films by lens-based artists. Guests are also invited to stay for a Q&A with the film creators after the screenings.

3rd Film: Drive Slow
Terrence Thompson’s “Drive Slow” follows a teenager from the South Side of Chicago attempting to finish his college essays. As he struggles to boil down his complex surroundings to 500 words, his friends’ disparate opinions, racist news narratives, and the threat of lingering danger only complicate the process.
__________________________________

BETWEEN VISION + PRINCIPLE
May 17-June 21

ABOUT
Chicago’s geographic, political, and intimate spaces have been central to the work of Black lens-based artists as they have navigated our city. Chicago Black artists continue to creatively utilize lens-based art to expand critical ideas regarding collective determination.

BETWEEN VISION + PRINCIPLE brings together artists who are exploring self and black collective determination through localized identity, the body, gender, concepts of beauty, the mundane, resistance, and triumph. 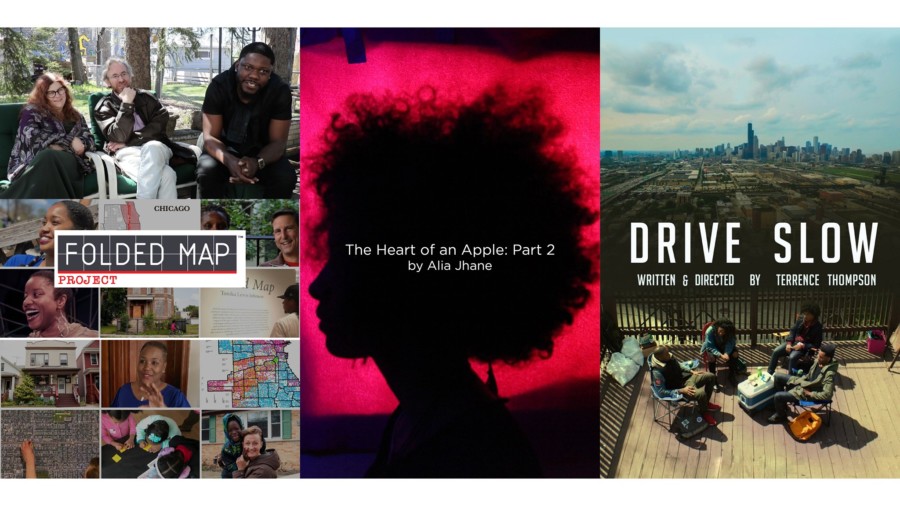