TAPPERS & TAPESTRIES is a pop-up art series focusing on providing visual artists who moonlight in the bar/restaurant industry a platform to showcase their work on an “off-night” night of the week. Once a month FSC will host an opening on a Sunday evening presenting work of various stewards of sauce and sustenance.

June’s edition will feature the work of Mike Stidham from Green Eye Lounge and Clair Dain from Fitzgerald’s Night Club.

CLAIRE BURKE DAIN
#ClaireBurkeDain
Bio – Claire Burke Dain grew up in the city of Chicago and has always been a taker of long walks through the city. Her paintings are informed by witnessing simultaneous narratives which play out during these outings. She describes that way of viewing the world as magical but like most magical things they can feel isolating and unattainable. She is a bartender and interacts with hundreds of new faces every night. In her most recent paintings she attempts to capture the memory of these faces.

MIKE STIDHAM
www.blackmikestidham.com
My art is purely process based. I freestyle, I rarely plan the image beforehand. But I do put my time into the method of their creation. I combine materials and processes with the goal of rendering something as acutely as I’m able to. The result is a style that I’ve been arranging for the past 11 years. In that time its grown blindly upward and taken on an emotional presence all its own. My work to me is hunting, its sculpting, its carpentry, its strategy. Its a rhyme etched onto a steno pad. Its precise. It is, what it is. 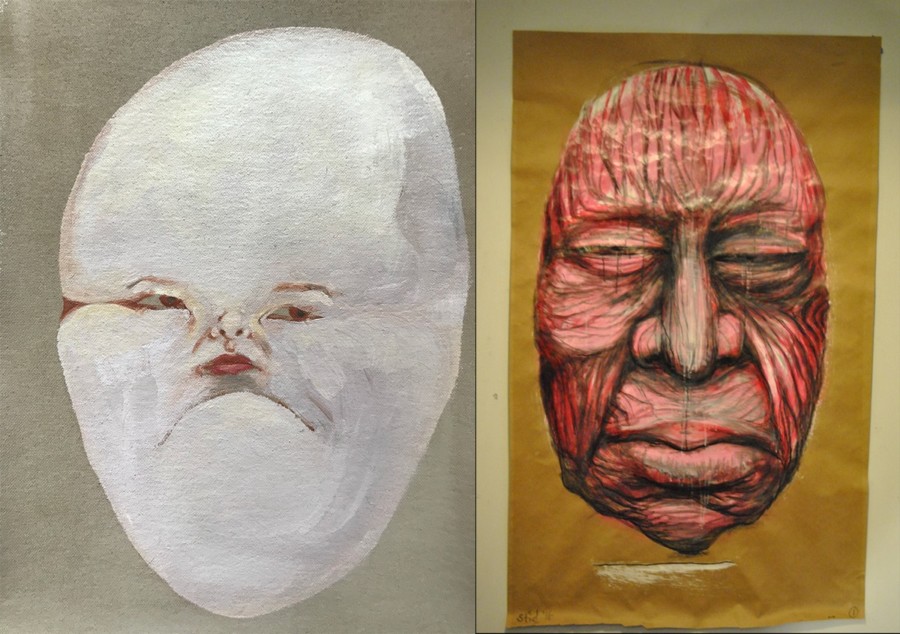