Shirley Clarke: Ornette: Made in America

ORNETTE: MADE IN AMERICA

No musician has had a career quite like jazz pioneer Ornette Coleman, so it would only follow that no other musical documentary would trace the sort of freewheeling, sidewinding path that Ornette: Made in America takes. Framed around Coleman’s return to his hometown of Fort Worth, Texas, for a performance of his seminal orchestral piece Skies of America, Ornette: Made in America moves through Coleman’s life achronologically, touching on the innumerable transformations his music has undertaken and incorporating footage shot for an earlier abandoned Coleman documentary, Coleman’s forays into the burgeoning music video field, and dramatic reenactments of scenes from Coleman’s childhood. Pioneering independent filmmaker Shirley Clarke (Portrait of Jason), who would soon after find filmmaking impossible due to the onset of Alzheimer’s disease, closes out her career on a high note, with a film that matches the restlessness of Coleman’s music with a go-for-broke formal approach that eschews hagiography or verite austerity in favor of rewriting the documentary rulebook. (A bizarre video art digression involving a musical commission from NASA is something you would never see in a Maysles film.) An inveterate collaborator, Coleman for his part proves a game subject and a mirror to Clarke’s own filmmaking practice, as open to the beauty and chaos alike wrought by total artistic freedom. 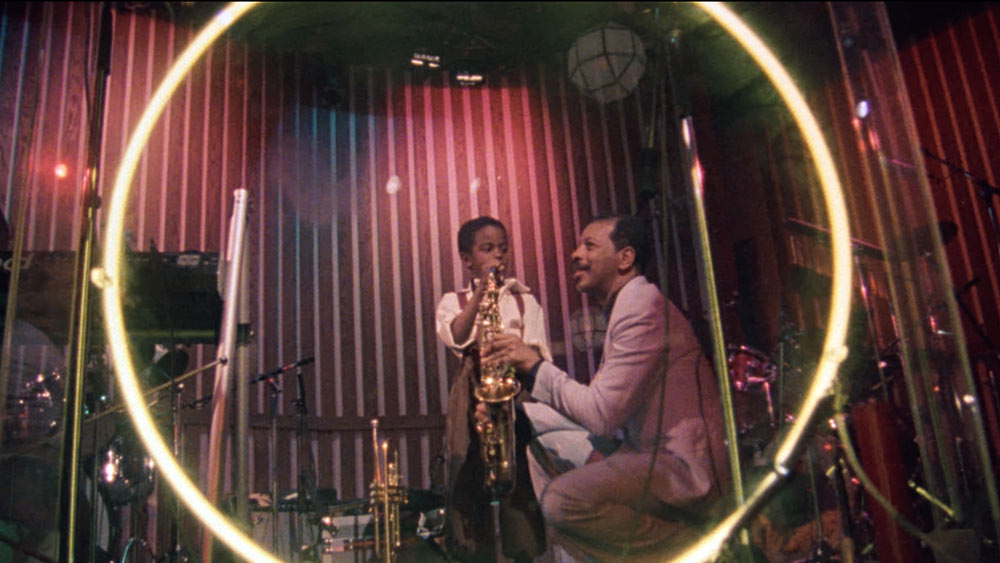