Experience fashion shows with pop-up shopping, opportunities to perform alongside Chicago dance and skate crews, and an incredible soundscape. Dance your way through the museum and enjoy an exclusive viewing of the exhibition Virgil Abloh: “Figures of Speech,” delightful snacks, and compelling cocktails.

About the Artists
ANGEL BAT DAWID

Angel Bat Dawid is a clarinetist, pianist, vocalist, and composer working in Chicago’s jazz and improvised music scene. Dawid composed and premiered her opera, Song of Solomon: A Cosmic Space Opera, at Co-Prosperity Sphere in 2018. Dawid also curates a series of multidisciplinary concerts at Elastic Arts called Mothership9 in which she builds a sonic mythological spaceship to the cosmos. Dawid’s recorded debut on Chicago record label International Anthem, The Oracle, was produced and performed entirely by Dawid alone. The album was recorded using only Dawid’s cell phone in various locations, from London to Cape Town, but primarily from her residence in the attic of the historic Radcliffe Hunter mansion in Bronzeville, Chicago.

Calvin Small is credited with originating “JB” style roller skating in 1971 on Chicago’s South Side with a small crew of friends known as the Glide8orz. Inspired by and named after the intricate footwork of James Brown’s dance moves and the funk and soul that gave birth to contemporary house music, JB skating is now nationally recognized as a style that is uniquely Chicagoan. After five decades, Small continues to perform with his crew the Glide8orz throughout the city. Small and his crew were recently featured in the HBO feature-length documentary, United Skates, which highlights skating as an underground subculture that incubated some of the world’s greatest musical talent. They have performed on the Las Vegas strip and were nominated for a Chicago / Midwest Emmy Award.

Once upon a time, in a galaxy not far away, there lived two kings. Each was the ruler of his own deliciously glorious planet. The first king, Manchildblack, was well known throughout the cosmos for his ethereal vocals, celestial sonics and earthy musical messages. The other king, Monstah Black, was a star in the solar system known for his gravity defying performances, gender bending fashions, and spacey disposition.

One magical night, an inexplicable ultra magnetic pull forced the two planets to collide. A technicolored explosion occurred, turning night into day, with a feast of aural and visual delights. It was then that the universe was changed forever. Manchildblack and Monstah Black united and became The Illustrious Blacks.

Inspired by artists like Prince, David Bowie, Grace Jones, Boy George, and George Clinton, The Illustrious Blacks have arrived with a mission to fuse futuristic funk, hypnotic house and cosmic pop into pulsating positivity for the planet. The real life married couple are not only copilots on their artistic voyage, but are united in their fantastical journey through life.

DJ and curator Duane Powell entered into the world of street promotions in 1985, pounding the pavement and promoting events for prominent DJs within Chicago’s burgeoning house music scene. By 1990, Powell led street promotions and served as marketing manager and consultant for many clubs and DJs, including the historic Powerhouse. As a promoter, he launched the Soundrotation brand in 1999, further cultivating the underground soul scene in Chicago.

As a DJ, he has spun at and has held residencies at many of Chicago’s most popular music venues and hot spots including the House Of Blues, Virgin Hotels Chicago, Ace Hotel Chicago, Boleo at Kimpton Gray Hotel, The Promontory, Stony Island Arts Bank, and Reggie’s Chicago.

Founded in 2007, Sir & Madame is a men’s and women’s clothing brand and luxury lifestyle boutique, based in Chicago. The brand is the lovechild of the creative husband and wife team Brian and Autumn Merritt. The couple saw a void in the boutique market for cohesive men’s and women’s casual wear with an elevated twist. Their passion and creativity produced an eclectic combination of casual and elegant pieces that encompass urban living no matter where you are.

As a restorative justice practitioner and artist, Hendricks’s conceptual art practice is the combination of RJ, streetwear, and culture. His work takes the form of text-based screen print, design, streetwear apparel, wheatpaste and installation.

Yomí is an electric harpist from Chicago. She was classically trained through her childhood and teenage years, starting with the harp at eight years old. Currently, Yomí writes and produces her own music, tours the US, and performs at various venues in Chicago. 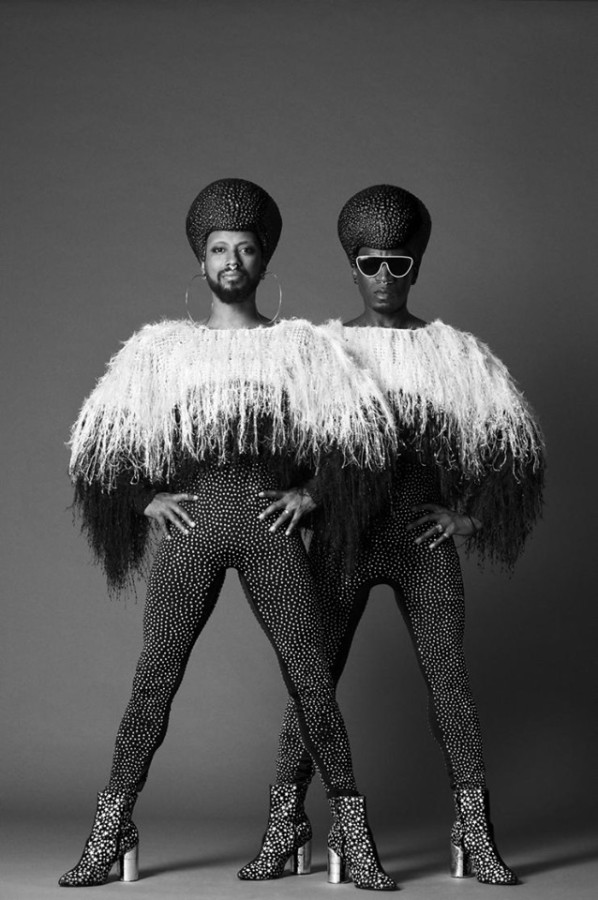