Out of the Closets & into the Streets

On view through Sunday, September 1st

The 1969 riots that began at New York City’s historic Stonewall Inn are widely considered to be the catalyst for the nationwide gay liberation movement. But the landmark event initially went unnoticed in Chicago, where a convergence of increased police harassment and homophile activism had collided earlier at the 1968 Democratic National Convention, mobilizing the gay community. A younger generation of LGBTQ activists emerged and began demanding “liberation” from society’s oppression, and homophile organizations like Mattachine Midwest, Chicago’s authoritative voice of gay rights at the time, became seen as too closeted and conservative to lead the way. Throughout the 1970s, this new movement of gay liberation would propel the conversation of gay rights “out of the closets and into the streets.”

Coinciding with the 50th anniversary of the Stonewall riots, this exhibit traces the Gay Liberation Movement’s presence in Chicago from its beginnings in the late 1960s to the city’s first large gay rights protest in 1977 at the historic Medinah Temple in downtown River North. As new organizations and events sprouted up on college campuses and a rising number of lesbian and gay publications emerged, the voice of the movement and the LGBTQ community grew louder and more visible, producing a rich portrait of gay liberation in Chicago that survives today. This exhibit offers a closer look at the tools and organizers of the Gay Liberation Movement, providing a glimpse into the national issues that Chicago’s LGBTQ community faced and their intersection with other societal and cultural movements of the time.

Celebrate the start of Pride Month at the exhibit opening reception on Saturday, June 1, featuring remarks by Gary Chichester, co-founder of the Gay Liberation group Chicago Gay Alliance, and the exhibit curators. Drinks and desserts will be served.

“Out of the Closets and into the Streets” runs June-September, 2019.

Tags: Chicago, Edgewater, Gary Chichester, Gerber Hart Library and Archives, Out of the Closets & into the Streets 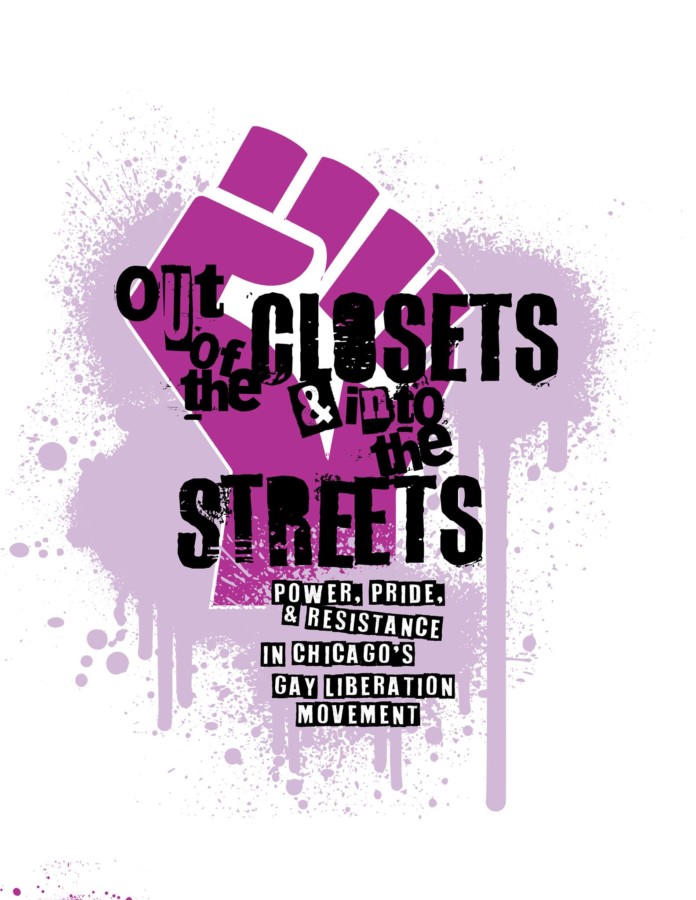