On view through Wednesday, July 24th

MICKEY is pleased to present ‘, her x mark’, a solo presentation of work by Emma Robbins. The exhibition will be on display from June 14th 2019 to July 24th 2019.

With a simple “x” mark to represent the signatures of tribal leaders who did not speak, read, or write English, 18 treaties were signed between the United States Government and the Native Nations of California in the mid 1800’s. In a formal agreement, these treaties promised goods, like needles, thimbles, cloth and livestock, and designated reservation lands for these tribes. However, immediately following the signing of these treaties, they were lost, never ratified and the Native Nations lost their homelands – and cultures – to the US Government. Emma Robbins explores these forgotten promises in hand-stitched works and installations that represent these treaties in combination with those treaties of her own reservation.

Drawing materials from home, the Navajo Nation, and those that were never to be, Robbins’ new works shows us both age old and modern day Indigenous issues, like broken treaties, inaccurate and romanticized Native imagery, and the Missing and Murdered Indigenous Women crisis. While highlighting these tough truths, Robbins tells us these stories with elements of humor and an “if-you-don’t-laugh-you’ll-cry” mindset many Native people have adopted, not only as a coping mechanism, but as a way to keep resilient in historical and modern times.

The items used in the selection of these treaties–part of the larger series Tseebíítsáadah (Eighteen Treaties)–were foraged by the artist on trips home and to other reservations, purchased at gas stations, local trading posts and arts and crafts supply stores. These items have a particular significance and humor unique to Native peoples, and comment on often misunderstood pan-Indigeneity and pan-Rez life. Ultimately, Robbins’ treaties are a celebration and humorous meditation on Rez life, resilience, and Diné identity.

Emma Robbins (Diné, b. 1986) lives and works in Los Angeles and on the Navajo Nation. She completed her BFA at the School of the Art Institute of Chicago and studied Contemporary and Modern Latin American Art in Argentina. She is the Director of the Navajo Water Project, providing access to clean, running water to communities on the reservation. Robbins has been featured in Nylon Magazine, VICE, Got A Girl Crush and Native America Calling, and has lectured at Tufts University, the Massachusetts Institute of Technology, the School of the Art Institute of Chicago, the Global Climate Action Summit and the Indigenous Peoples Movement March for her art, activism and humanitarian work. She has exhibited both in the US and internationally. 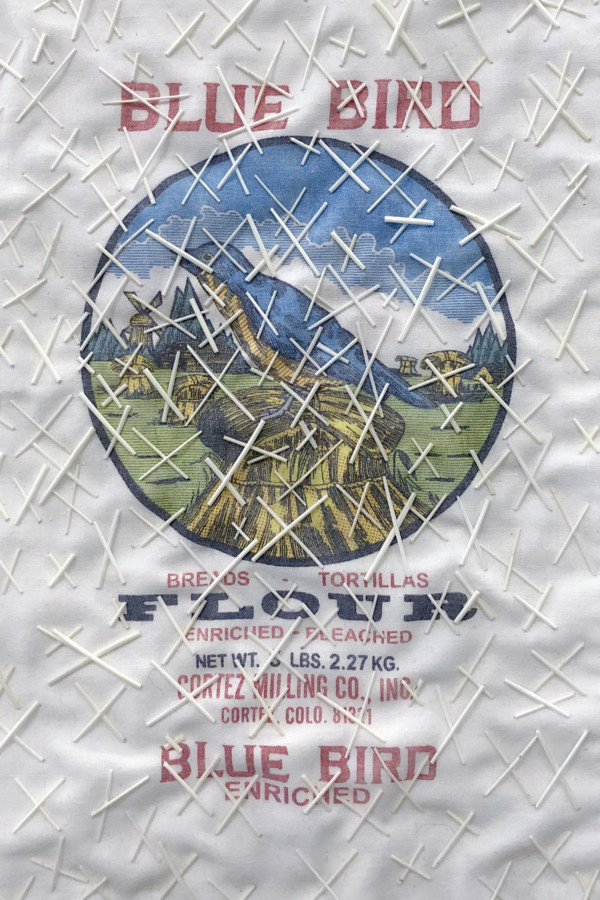