Compound Yellow is thrilled to host a violin recital by Consuelo Lepauw in our studio this coming Thursday!

SONATA 1 IN G MINOR
SONATA 2 IN A MINOR

Suggested donation of $10 at the door or reserve your ticket on Eventbrite. Space is limited to 30 people so please RSVP here to save your seat: https://www.eventbrite.com/e/violin-recital-by-consuelo-lepauw-at-compound-yellow-tickets-64087470349

Based in the United States, Consuelo performs regularly in Los Angeles, Chicago, New York and Boston, where she has had the honor of playing at the Residence of France and at the Massachusetts State House. Some of her recent appearances include a performance at the Chopin Theater in Chicago, in Immortal Beloved: A Flamenco Drama, a guest performance on the TV show The Dinner Party at City Winery Chicago, multiple appearances at the Chicago International Movies and Music Festival, as well as guest solo appearances for BangOnNYC at ElementsFest.

As an international artist, Consuelo frequently plays in France and Mexico, and has her Argentinian debut scheduled for the 2019-2020 season.

Her deep care for the future of classical music has led her to seek out intimate performance venues that include private events, cultural happenings, and art galleries. A fervent believer in the arts as a generator of new perceptions and ways of solving societal challenges, Consuelo founded Top Floor Art Nights, an organization which aims to inspire artists and audiences alike by bringing them together to share in a wide variety of artistic and intellectual experiences. These endeavors have sparked the interest of two filmmakers, currently working on featuring her installation-like approach to music making.

Consuelo has played for MAC Cosmetics in multiple cities across the U.S. to celebrate the launch of its “INDULGE” collection, and has collaborated with Nice Things Paloma S. in Paris, France, a clothing brand based out of Barcelona. She has performed many times as a guest soloist for the critically acclaimed Beethoven Festival and remains in close collaboration with the International Beethoven Project.

Consuelo is currently recording the Sonatas and Partitas for Solo Violin by J.S. Bach in the south of France, set for a 2020 release date. 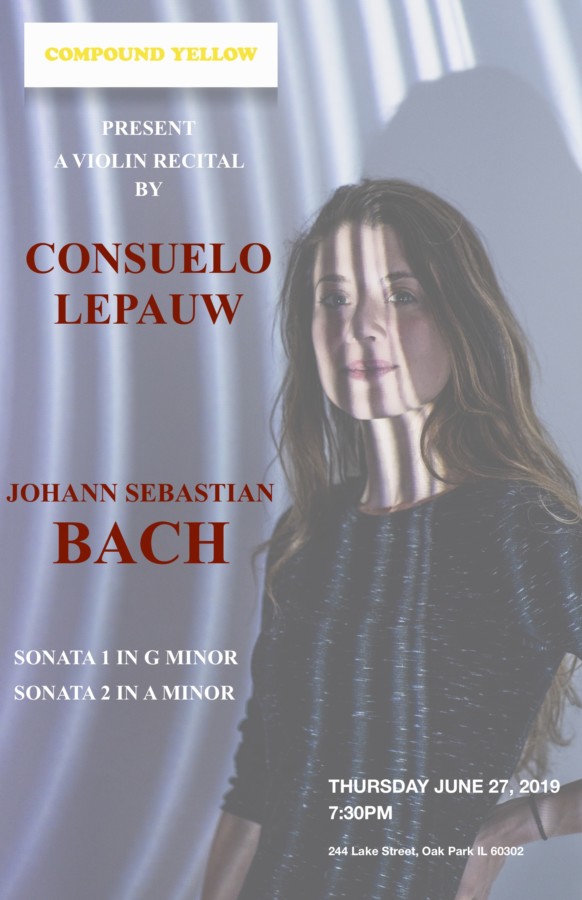