On view through Thursday, August 22nd

The opening celebration of Yoko Ono: Poetry, Painting, Music, Objects, Events, and Wish Trees, featuring screenings of Ono’s films Eyeblink, Fly, Cut Piece, and Match Piece. Robyn Farrell, Assistant Curator in the Department of Modern and Contemporary Art at the Art Institute of Chicago, will introduce and give context to the films. Following the screening, attendees are invited to view the exhibition and contribute wishes to Ono’s newest installation of Wish Trees.

Robyn Farrell is Assistant Curator in the Department of Modern and Contemporary Art at the Art Institute of Chicago, where she manages the annual one-person focus exhibition series, permanent collection presentations, special exhibitions, and curates the Donna and Howard Stone Gallery for Film, Video, and New Media.

As artist and curator Jon Hendricks describes, “Yoko Ono typed up for George Maciunas the suggested contents of what was to become Grapefruit. A facsimile of the entire typescript is included in the display. We have spread out the typescripts in three rows, so that one can enter the book at any place, or read from beginning to end. There is an intimacy to the work, so what you will be able to see is a facsimile of the first drafts of the legendary book, eventually published as Grapefruit. Also, Yoko Ono has included in the Foundation courtyard a grove of Wish Trees, which the public is invited to hang wishes on.”

Yoko Ono is widely recognized for her Conceptualist work, groundbreaking films, radical music, as well as her performance art. Ono has exhibited her work throughout the world. Recent exhibitions include those in Palermo, Istanbul, Amsterdam at the Nieuwe Kerk, and Tokyo at the Mori Art Museum. 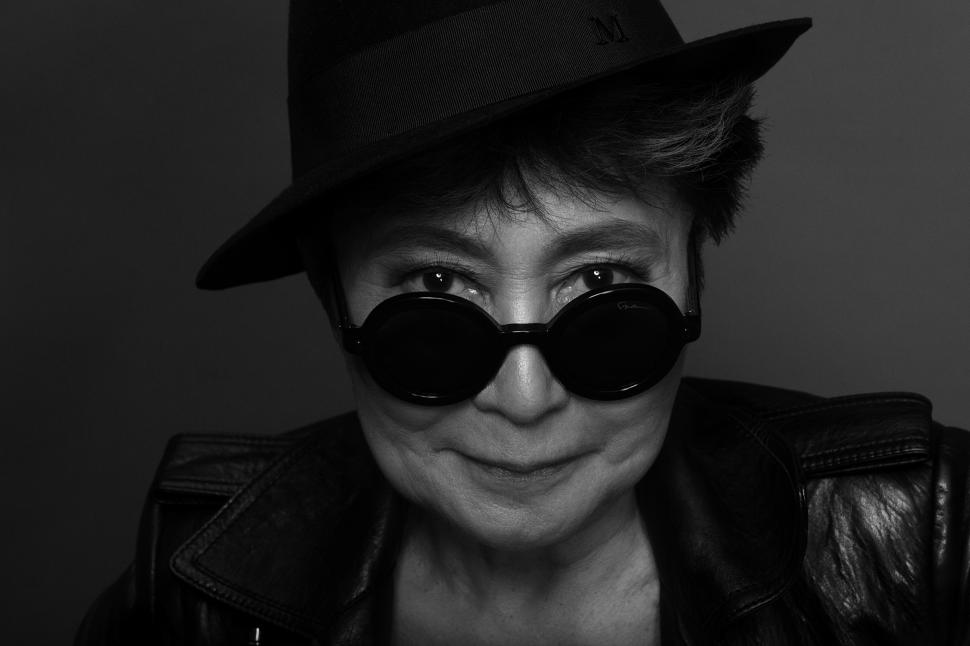