One night only! Award-winning documentary about one of the most influential thinkers of the 20th century.

“Outstanding. Fluid and rich. This is heady stuff.”—Huffington Post

“A masterpiece of documentary filmmaking that delves deep.”—Ha’aretz

Philosopher and political theorist Hannah Arendt caused an uproar in the 1960s by coining a subversive concept she called the Banality of Evil in reference to the trial of Adolph Eichmann, which she covered for The New Yorker. Her private life was no less controversial thanks to her early love affair with the renowned German philosopher and Nazi supporter Martin Heidegger.

This thought-provoking and spirited documentary offers an intimate portrait of the whole of Arendt’s life, traveling to places where she lived, worked, loved, and was betrayed, as she wrote about the open wounds of modern times.

Today there is renewed interest in Arendt throughout the world, as her insights into the nature of evil, totalitarianism, ideologies, and the perils faced by refugees are more relevant than ever. Vita Activa is shown in conjunction with the Spertus Institute exhibition The Three Escapes of Hannah Arendt, inspired by Ken Krimstein’s graphic biography, which was named a finalist for the 2018 Jewish Book Award. 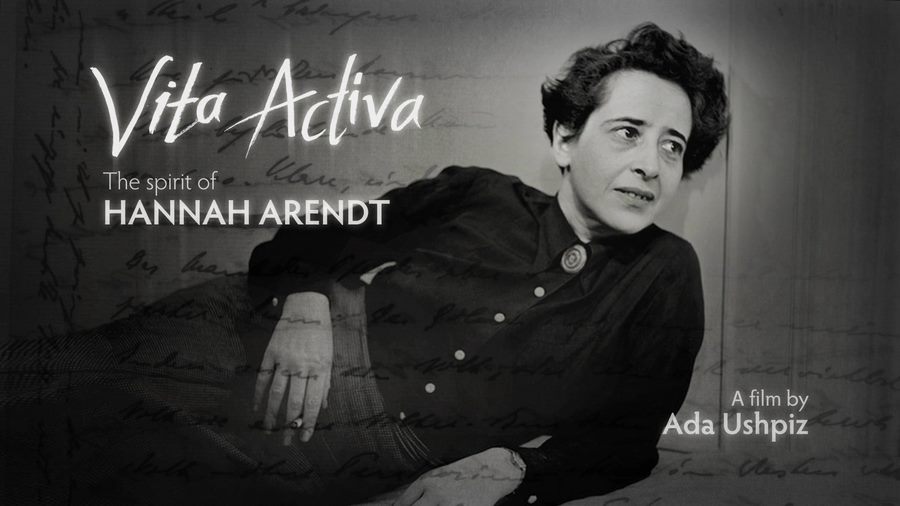