HCL Sponsored Artist Rebecca Tsai’s four-channel video installation explores the identity of people who inhabit in-between spaces. We hope you’ll join us to view and, if you choose, participate in this continually evolving work.

“Equivalent Inequality” is a two-channel video installation. Videos are projected from opposite sides of the room onto three layers of curtains that attendees can walk through. Sound from each video speaks to two different situations: one side are when my interviewees talked about moments they have been discriminated against; on the other side are times in which they have discriminated against others.

In this work, no one is kept in a suppressed or oppressed position. Persons oppressed sometimes suppress to others too, and I believe this is the basis of racial barriers between people. Making the viewer walk through three layers of fabric is not only to create the physical sense of division, but also provide the immersive experience of con

fronting strangers in real life when passing the video portrait projection at eye-level. What I am trying to do is not eliminate this barrier, but to awaken consciousness and acknowledge the existence of racism. This also refers to gender, age, class, or any kind of difference that causes people to judge or presume. The moment of prejudice might be inevitable, but the more important thing is recognizing this moment.

The work is in progress and will be on-going for a period in order to get larger range of participants, including people who are from different races, genders, and ages. The more people participate, the greater sense of barrier would be built up to force viewers to face the fact and remind ourselves to respect people who are different than us.

Rebecca Tsai is a Taiwanese filmmaker and video artist based in Chicago. Her works mainly deal with the identity of immigrants, migrants, or people who are inhabit in-between spaces. She is interested in exploring the contradictions that happen within individuals because of the complicated ideology toward to their identity that is caused by global migration, and transferring those realistic conflicts into cinema elements to present those parad

oxes in her documentary or narrative works. Her research includes the issue of racial barrier and social class difference. Transforming her practice in documentary filmmaking, the video installation works she makes also emphasize the barriers between people who are from different ethnicities. Tsai received her MFA from the School of the Art Institute of Chicago in 2018. 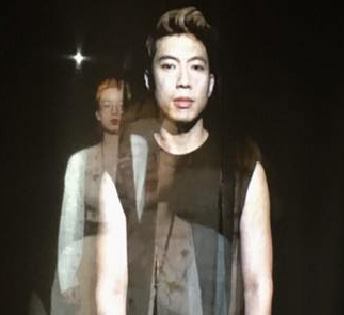