Jordan Martins: stay out come in stay in come out

On view through Monday, August 3rd

Jordan Martins’ site-specific installation in the Riverside Arts Center’s Sculpture Garden consists of two barricade structures with a striped “dazzle” camouflage pattern based on the colors of the immediate surroundings of the location where they are placed. The patterns are designed to both attract attention and at the same time visually obfuscate the form of whatever or whomever is behind them. The barricades are constructed in a modular fashion to allow and suggest different configurations–a wall, a shelter, a fortress, a scattered cluster–with a bench built into the anterior side of each.

The barricade structure was chosen for its function as a barrier that is both firm but permeable: it marks a line between inside/outside, allowed/not-allowed, and public/private, but it functions differently according to who is implicitly or explicitly granted access to one side or the other. By making this installation re-configurable, various publics are encouraged to create their own spaces with it, or imagine how a structure that limits movement could be a space that is protective, inviting, or empowering.

With each new location that stay out come in stay in come out occupies, the patterns are added onto and adapted to respond to the particular visual conditions of those surroundings, leaving visible traces of the previous locations as they are adapted.

Artist’s Bio:
Jordan Martins is a Chicago based visual artist, curator, and educator. He received his MFA in visual arts from the Universidade Federal da Bahia in Salvador, Brazil in 2007, and is a lecturer at the School of the Art Institute of Chicago and North Park University. He is the executive director of Comfort Station, a multi-disciplinary art space in Chicago. Martins’s visual work is based in collage processes, including painting, photography, video and installation, and he has exhibited nationally and internationally. His work has been featured in exhibitions at The Mission, Evanston Art Center, LVL3, The Franklin, The Museu de Arte da Bahia, Goldfinch, and Experimental Sound Studio. He was a resident in the Chicago Artists Coalition’s HATCH program in 2013. Martins is co-director of the Perto da Lá Close to There, a multidisplinary project with international artists in Salvador, Brazil and Chicago. 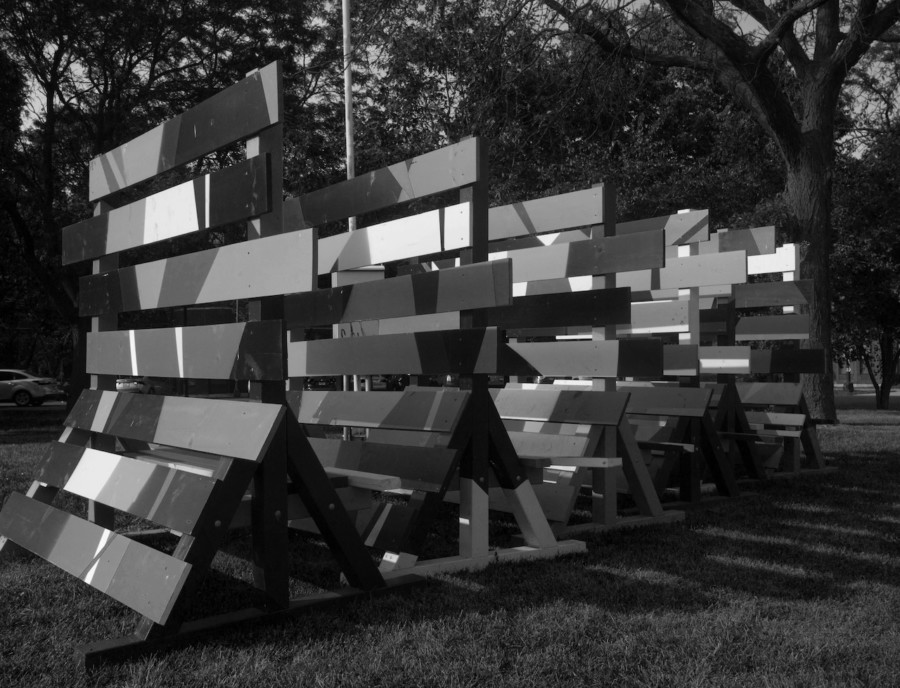